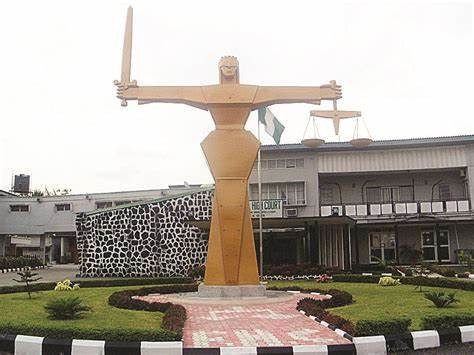 A man identified as Sunday Oyedele, was sentenced to life imprisonment by an Ikeja Domestic Violence and Sexual Offences Court on Tuesday January 25, for defiling the three-year-old daughter (name withheld) of his neighbour.

Oyedele was convicted of a one-count charge of defilement brought against him by Lagos state government.

The trio of the prosecution team, Olusola Soneye, Mrs Arinola Momoh-Ayokanbi and Mrs Olufunke Adegoke, had told the court that Oyedele who was arraigned on April 29, 2019, committed the offence in November 2017 at Itamaga area of Ikorodu Lagos.

Four witnesses, including Dr Oyedeji Alagbe, a medical doctor from the Mirabel Centre (a Sexual Assault Referral Centre) testified for the prosecution during the trial.

Dr Alagbe told the court that medical examinations revealed that the minor was defiled anally and vaginally.  Oyedele, who was led in defence by his counsel, Kelechi Obi, testified solely in his defence.

Ruling on the case, Justice Abiola Soladoye who described the convict as a “sexual monster”, held that the prosecution had proved its case beyond a reasonable doubt.

“The defilement saga is unfortunate; the defendant is a sexual monster, a paedophile that should be locked away.”

Soladoye then handed him a life imprisonment sentence without an option of fine. His name is also to be added in the sex offenders’ register maintained by the Lagos state government.

Are you a man or a slaymama?- BBNaija star, Nina, tackles men who engage others on social media comment sections