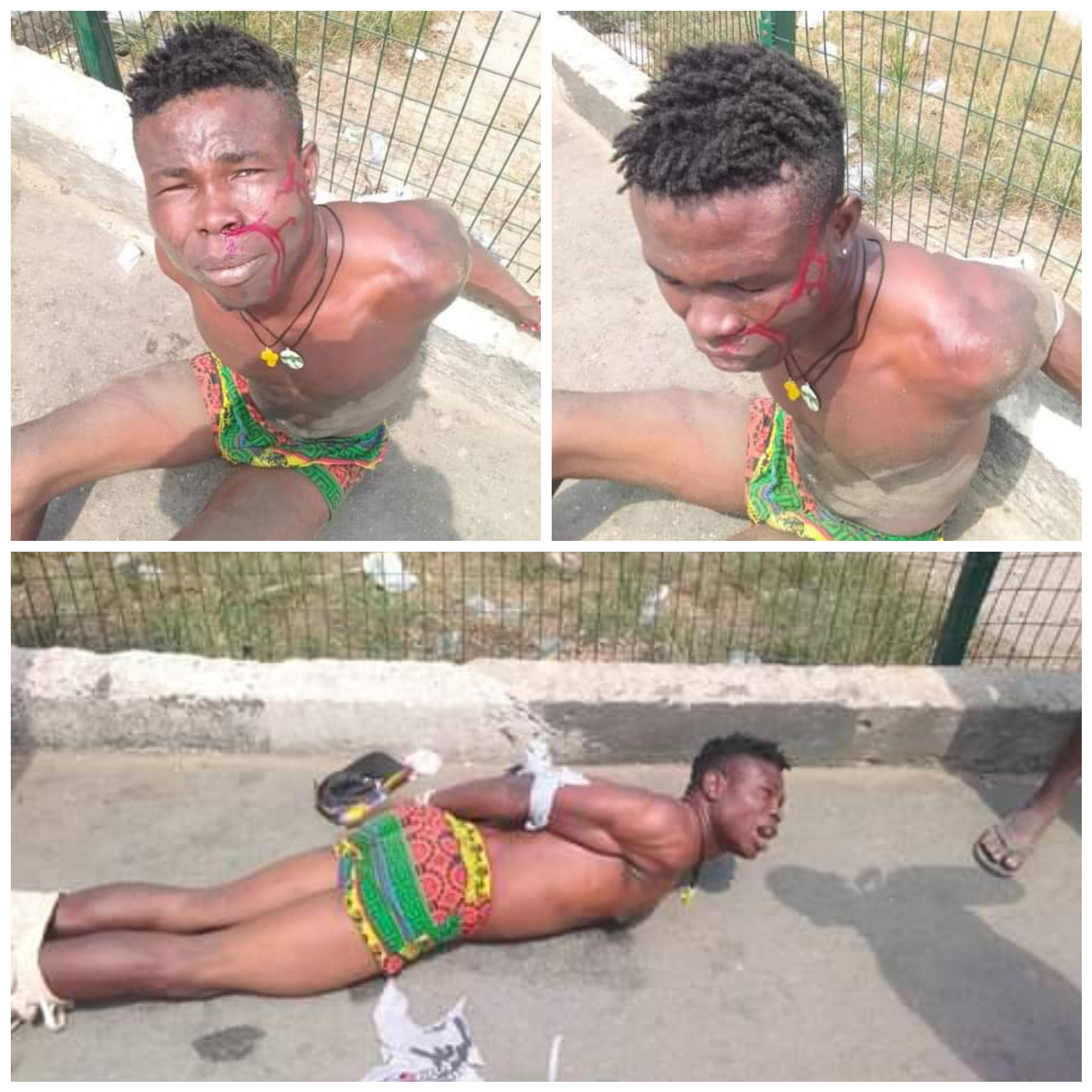 Notorious thief nabbed in Bayelsa, confesses to being a cultist

The Bayelsa State Vigilante Service has arrested a notorious and violent criminal suspect at the popular Tombia-Etegwe roundabout area in the state.

According to the Chairman of the State Vigilante Service, Hon. Doubiye Alagba, the suspect, izibefie Godwill Honest Powell, who hails from Agudama-Epie and one Mr lucky now at large succeeded in robbing an Hausa street trader of his belongings on Tuesday night along Imiringi road.

The victim, Mohammed Ismaili who hails from Kaduna state, was on his way home when the suspect and his gang members attacked him.

“I had already closed for the day and I stay along the Imiringi area. On my way home last night with my goods, himself and his brother attacked me and requested I hand over everything with me to them or they will shoot me,” Ismail narrated.

“The both of them gave me the beating of my life, even threatened to shoot me which lasted for several minutes, there was no one to rescue me because it was late and the road was lonely. They finally collected all my money and ran away.

“In the morning, as I was selling along the road here in Tombia, I saw one of them and that was when I rushed to report to the vigilante boys stationed here and they chased and caught him.”

Hon. Alagba further stated that the suspect has confessed to be a member of the greenlanders cult group and according to pedestrians, traders and drivers the suspect is said to be a dangerous and notorious criminal who disturbs the Tombia-Etegwe axis of the state.

The suspect has been handed over to the Anti-kidnapping Unit of the Nigeria Police Force, Bayelsa State Command.

Alagba noted that the Bayelsa State Vigilante will not stop the “Operation Occupy the flashpoint” by it members.

He further stressed that those involving in all forms of criminal activities in the state should turn a new leaf or will be brought to book.