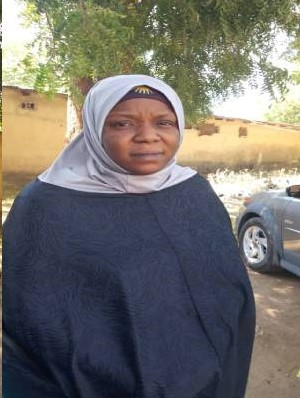 Our houseboy facilitated abduction of my son

Parents and family members of a 9-year-old boy, Ahmad Yakubu Aliyu, who was murdered in Zamfara state, have demanded for justice.

According to TVCNews, the boy’s mother, Jamila Abdulrahaman Hafiz, said that their houseboy facilitated the abduction of her son.

Recall that Aminu Baba, a prominent car dealer with three wives and 19 children was on Tuesday January 25, arraigned alongside four other suspects before a chief magistrate’s court in Gusau for killing, decapitating and eating body parts of the boy.

Aminu Baba, owner of Karamchi Motors in Gusau confessed to eating and selling human parts to some unknown persons. He also said he contracted two teenagers to scout for young boys to kill for him and they had done that twice, getting N1million in return.

According to Daily Trust, the accused were brought to the court amid tight security.

The suspects were arraigned by the police on three count charges bordering on criminal conspiracy, culpable homicide and cannibalism offences which are contrary to sections 97, 222 and 218 of the Penal Code Law.

The magistrate, Sa’adu Gurbin Bore, read the charges against them and they all pleaded not guilty.

The judge then ordered that three of the accused be remanded in Gusau Correctional Centre and the other two young ones among them be taken to a Remand home.

The judge then adjourned the case till February 8, 2022 for mentioning.

However, this decision did not go down well with the parents and relations of the victim as they created a scene outside the court which could not be controlled until police reinforcement arrived.

The family of the victim were chanting “We will not accept delay in this case, we need justice”

They said they were troubled by the killing and would never forgive the culprits.

The mother of the boy told Daily Trust that they were at the court to ensure that justice is swiftly served and that the blood of her innocent child was not spilled in vain.

AFCON: I wish we can trace those that threatened Super Eagles Players so we can arrest and jail them – Lawmaker Akin Alabi