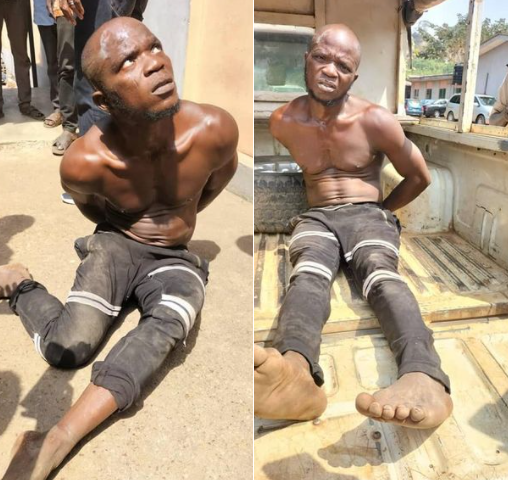 A security guard, Adewale Adegbenro, has been arrested in Ogun State by the Ogun State Government-owned So-Safe Corps for  allegedly stealing from the home he was employed to guard.

Adewale Adegbenro, who was a night guard somewhere in Adigbe, Abeokuta, allegedly broke into the house he was watching over and made away with jewelry worth N15million in December 14, 2021.

Confirming his arrest in a statement, Moruf Yusuf, the corps’ spokesperson, said: “The So-Safe Corps was contacted by Force CIID Annex, Alagbon, Lagos State that one Mr Adewale Adegbenro, popularly called Akilapa, has been declared wanted for burgling into the residence of his employer who employed him as a night guard at Adigbe, Abeokuta.

“He carted away gold and jewelry worth N15million since December 14, 2021. He was finally apprehended somewhere in Odeda after he was closely monitored by officers of the corps.”

He added that the suspect has been transferred to the Force CIID Annex, Alagbon, Lagos State for further investigation and likely prosecution.