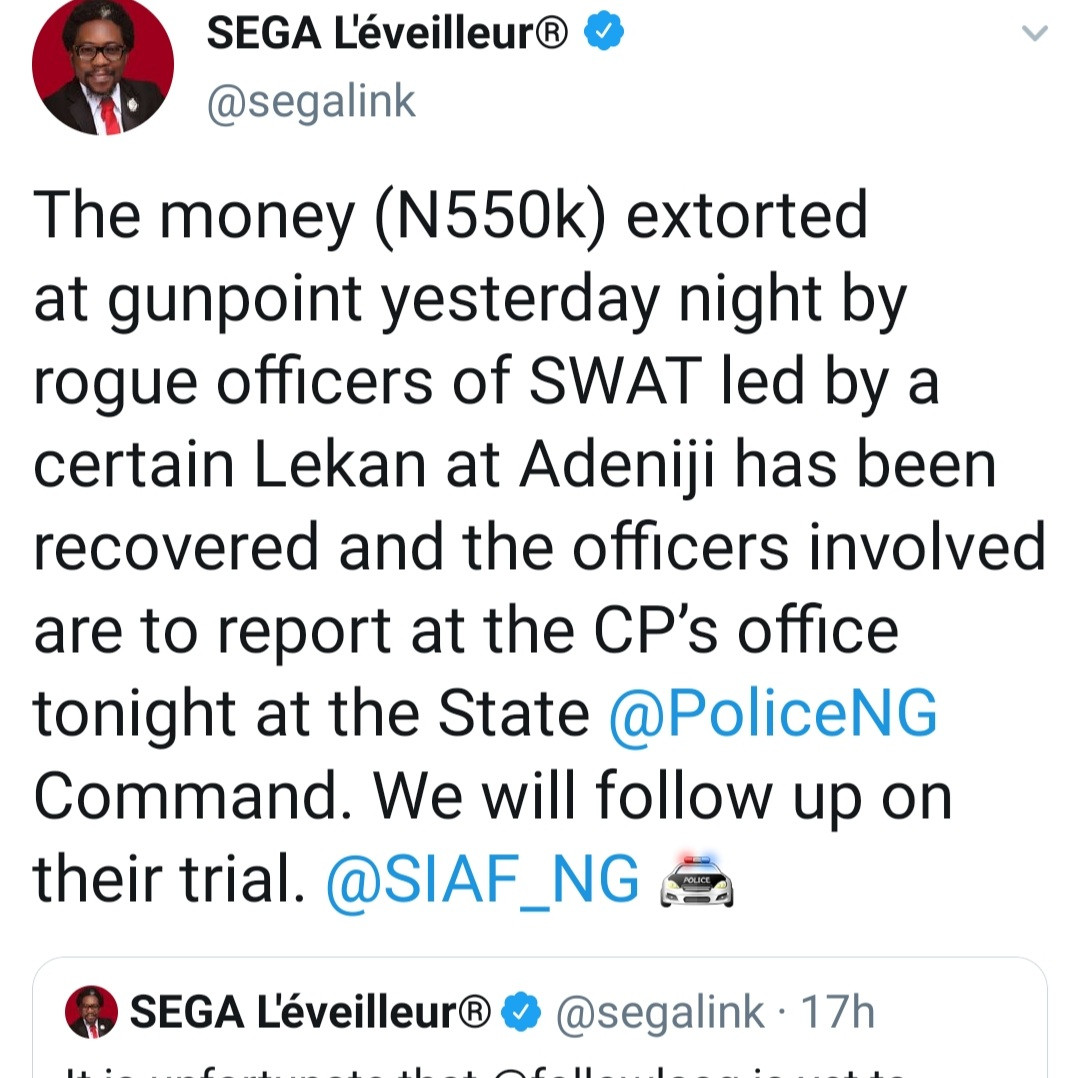 SWAT team accused of extorting N550,000 from a civilian at gunpoint at the Ikoyi Link Bridge

The SWAT team that occupies the Adeniji base of the defunct FSARS has been accused of harassing and extorting civilians like SARS officials did.

This was made known by activist, Segun Awosanya aka Segalink.

He alleged that the SWAT team, made to replace SARS after the End SARS protests, have taken to harassing citizens too.

Segalink said a civilian was picked up last night, Jan. 25, at the Lekki Ikoyi Link Bridge by members of SWAT team led by an officer named Lekan and they allegedly extorted N550K from him at gunpoint. Segalink said he intervened and the money was recovered while the officers involved are expected to report at the CP’s office at the State Police Command.

“I wonder why any SWAT team should be roaming peaceful streets when it was against their SOP which is specifically to respond to emergencies regarding armed robbery and kidnapping. Why have they suddenly become the kidnappers & armed robbers?! Who authorized their operation?!” Segalink wrote on Twitter.

75% of Nigerian women use skin whitening cream, more than Ghana and other African countries