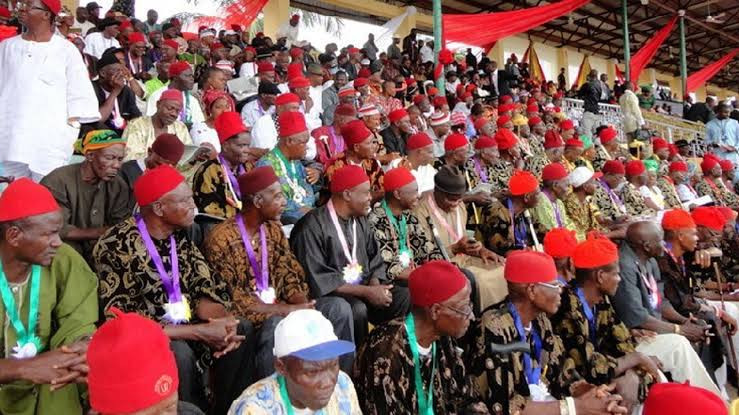 2023 Presidency – ‘Before any other zone goes for a second turn, Igbo should at least have their first turn’

Igbo Socio-cultural group, Ohanaeze Ndigbo has declared that the Igbo tribe is fully prepared to ensure that one of them emerges president of Nigeria in 2023.

President General of the group, Ohanaeze Ndigbo, Prof. George Obiozor, while urging President Muhammadu Buhari to continue his policy of national healing and reconciliation to the end said the South South and South West had produced presidents and vice presidents since 1999 with the Igbo left out.

According to Obiozor, during these periods the Igbo had totally supported the presidential aspirations of other Southern regions represented by Olusegun Obasanjo and Goodluck Jonathan, respectively but that in the spirit of equity, justice and fairness, the presidential tickets of all political parties should be zoned to the South East, while the South West and South South should support the South East zone.

“Let it be known and clearly understood that Ndigbo are more prepared than the north when President Buhari was elected in 2015. By then Boko Haram had threatened to overrun the north and the country, and the nation’s priority then was security and the issue of who will guarantee security to the country favoured Buhari, a former Head of State, a General e.t.c. The only preparation in the north was having available a man like Buhari presumed to have the capacity to confront the security challenges in the North and the rest of the country.

“In the South West, how prepared were they in 1999 when President Obasanjo was elected? In fact, many people from the South West did not vote for him in that election. The people of the South West zone were deep in the crises of NADECO and displeasure over the June 12, 1993 election annulment. Here, notwithstanding, the Nigerian nation and the people through the two main national political parties zoned the Presidency to the South West in order to heal and reconcile the nation over the post 1993 election crisis.

“Today, if the truth must be told, the imperative of zoning the presidency to the South East is an idea whose time has come. Certainly, Ndigbo are prepared and look forward to it as a national priority. It is also indeed reasonable and logical that before any other zone in the country goes for a second turn of occupying the office of the presidency that Ndigbo should at least have their first turn.”

Prince Andrew denies he had a close friendship with Ghislaine Maxwell