Big Brother Naija star, Cross, has melted the hearts of his fans and followers after he replaced the worn out shoes of a delivery driver with new ones.

The delivery driver was at Cross’ house to deliver a package to him when he noticed the very old and worn shoes he had on and decided to gift him a new one. 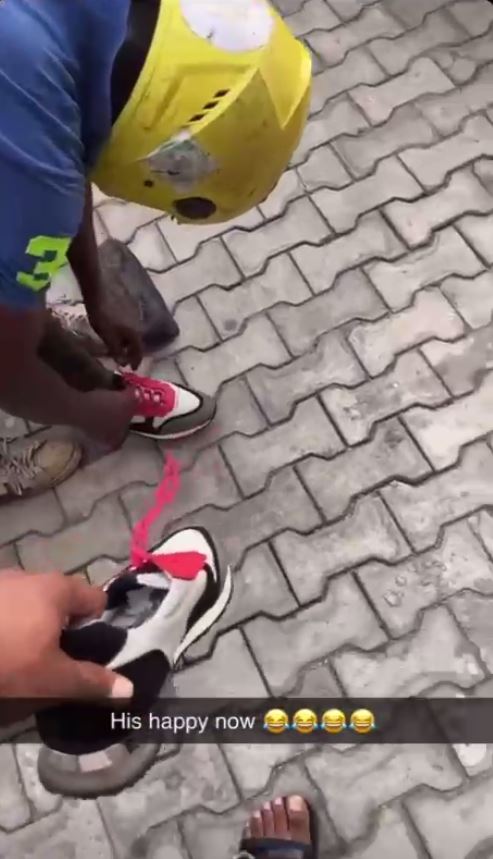 A video he shared via his official Snapchat handle showed the driver’s worn out shoes and the moment he and his cousin brought new pairs of shoes for him to try on.

The man, who appeared very excited about the gift, immediately removed his worn-out shoes and put on the new ones.

Watch the heartwarming video below,

A while ago, Big Brother Naija season 6 winner, Whitemoney also thrilled fans after he pulled his shoes and gifted a fan at an event that held in Lagos.

The reality star and budding singer was present at the DSTV Lagos trade fair experience on Wednesday, November 10th and his fans came out en masse to see their favorite.

While he entertained his fans with a mind blowing performance, Whitemoney pulled his expensive footwear and gave it to a lucky fan. Watch video here.

Qatar 2022: England to face France in Q/final as Senegal crash out