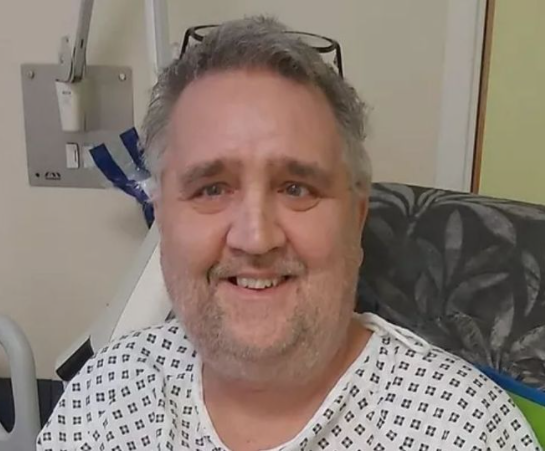 A dad-of-two has cheated death after falling from a roof and breaking almost every bone in his body.

Retired roofer Ian Locke, 52, was helping out a friend last year by fitting an antenna when he fell from the rooftop of the house in Wythenshawe, Manchester.

He plummeted 30ft towards the ground, reports Manchester Evening News.

As he smashed into the ground from the rooftop he broke almost every bone in his body and was left temporarily paralysed.

He said: “I tried flipping myself over but it happened that fast.

“The next minute I was in the back of his garden with my arm snapped in two places.

“When I landed on the floor, I told my mate I couldn’t feel my legs. I was that confused, I didn’t know where I was.

“I knew I had a problem because I couldn’t move.”

Ian’s friend rang emergency services for an ambulance but was told one wouldn’t reach them for an hour and 40 minutes.

While his friend was on the phone, Ian started bleeding from the mouth.

An air ambulance was immediately sent to the scene and Ian was airlifted to Manchester Royal Infirmary.

His family were told to prepare for the worst by surgeons as he underwent several blood transfusions.

He was placed into an eight-week coma.

He continued: “The surgeon told my family I was going to die. My daughter was in the room – she saved my life.

“The only reason she was in the room was because I was dying. She gave me a kiss bye-bye and I said, ‘I’m not going nowhere. I’m like a machine’.

“She told I wasn’t going to die. When I was in a coma, I had some terrible dreams coming in and out of consciousness.

“My brain was totally frazzled from the cocktail of drugs I was on. I didn’t know what day it was.”

Ian broke his hand, his back in four places and his arm in two places with bone sticking out through his skin by his shoulder and wrist.

He also shattered his pelvis in 30 places, broke his ribs and pierced his transplanted lung.

Doctors have said Ian may be disabled for the rest of his life but he has decided to “love every moment” of it.

He added: “I’ve defied the odds. I’m going to love every moment when I get out.

“I’m not going to sit there sulking because I can’t go out or stand up in my own living room. I’m going to cherish every moment.”