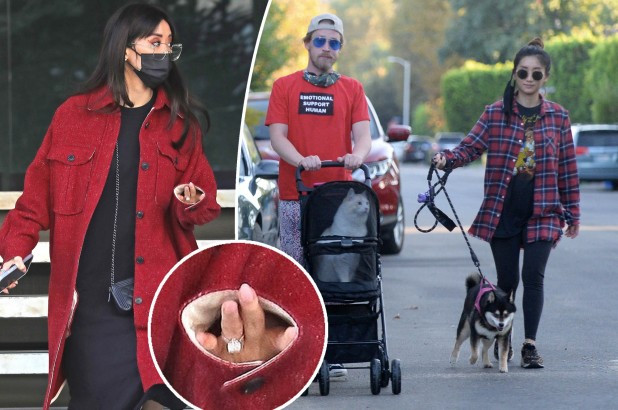 The 41-year-old “Home Alone” alum popped the question following the recent birth of their first child together, 9-month-old son Dakota, a source confirmed to People on Wednesday January 26.

Song, 33, was photographed sporting a diamond ring on her left hand while out and about in Beverly Hills, California, on Monday January 24.

Culkin, 41, and Song met on the set of Changeland in Thailand, and were first romantically linked when they were spotted out in July 2017 grabbing dinner at Craig’s, an Italian restaurant in Los Angeles. The next month, Song posted a group photo to Instagram in which she posed alongside Culkin.

The couple welcomed their first child, son Dakota, in April of last year. They named their son after Culkin’s late sister Dakota. “We’re overjoyed,” Culkin and Song said in a brief statement about the arrival of their first child.

Song and Culkin keep their relationship private on social media, although the Dollface actress shared a special Instagram message to her beau in August 2020 on his 40th birthday.

While this will mark Song’s first time down the aisle, Culkin was previously married to actress Rachel Miner from 1998 to 2002.