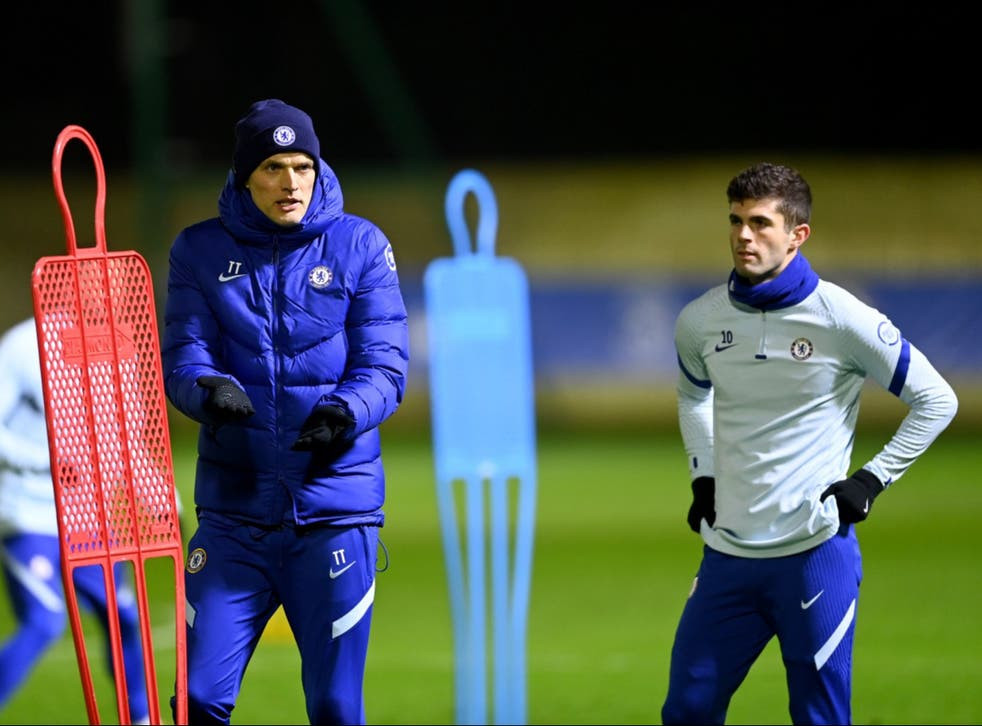 ‘I haven’t been playing in the positions I want’

Christian Pulisic has become the latest player to complain about life under Thomas Tuchel after Romelu Lukaku’s controversial interview.

The £58million American winger has struggled with a regular starting place and injuries at Stamford Bridge under Thomas Tuchel since his arrival at the club in 2019.

Pulisic is currently away on international duty with the United States ahead of a World Cup qualifying triple-header starting against El Salvador on Friday.

Opening up on his struggles at Chelsea, he told NBC Sports: ‘Obviously it has been up and down this year, for sure. Not exactly where I want to be and how I want things to be right now.

I’m just going to keep going and it doesn’t affect me when I come here. So I am excited to be here.

‘When I come to the national team it is “How are things with Chelsea?” and ‘What’s this” and “What’s that.” It’s tough.

‘Mentally it has played on me at times but I am always very excited to be on the national team and get to enjoy playing with these guys and just enjoy football in general.

‘It is tough. I haven’t always been playing in the positions I want to play in. But I think it is a good quality to be versatile and able to play in all kinds of positions and have different strengths on the pitch.

‘I’ve learned a lot and I’m ready to hopefully be in a spot over the next few games that I’m more comfortable in.’

Pulisic is not the first Chelsea star to speak out on his difficulties this season.

Weeks back, Romelu Lukaku spoke out on the subject during an interview with Sky Italia.

The Belgian striker said: ‘Physically I am fine. But I’m not happy with the situation at Chelsea.

‘Tuchel has chosen to play with another system – I won’t give up, I’ll be professional.

‘I am not happy with the situation but I am professional – and I can’t give up now.’

Lukaku also sensationally said he would return to Inter Milan in the future – just months after completing a £97.5m move to Stamford Bridge.

The striker was dropped for Chelsea’s draw with Liverpool earlier this month before he issued an apology and was fined by the club.