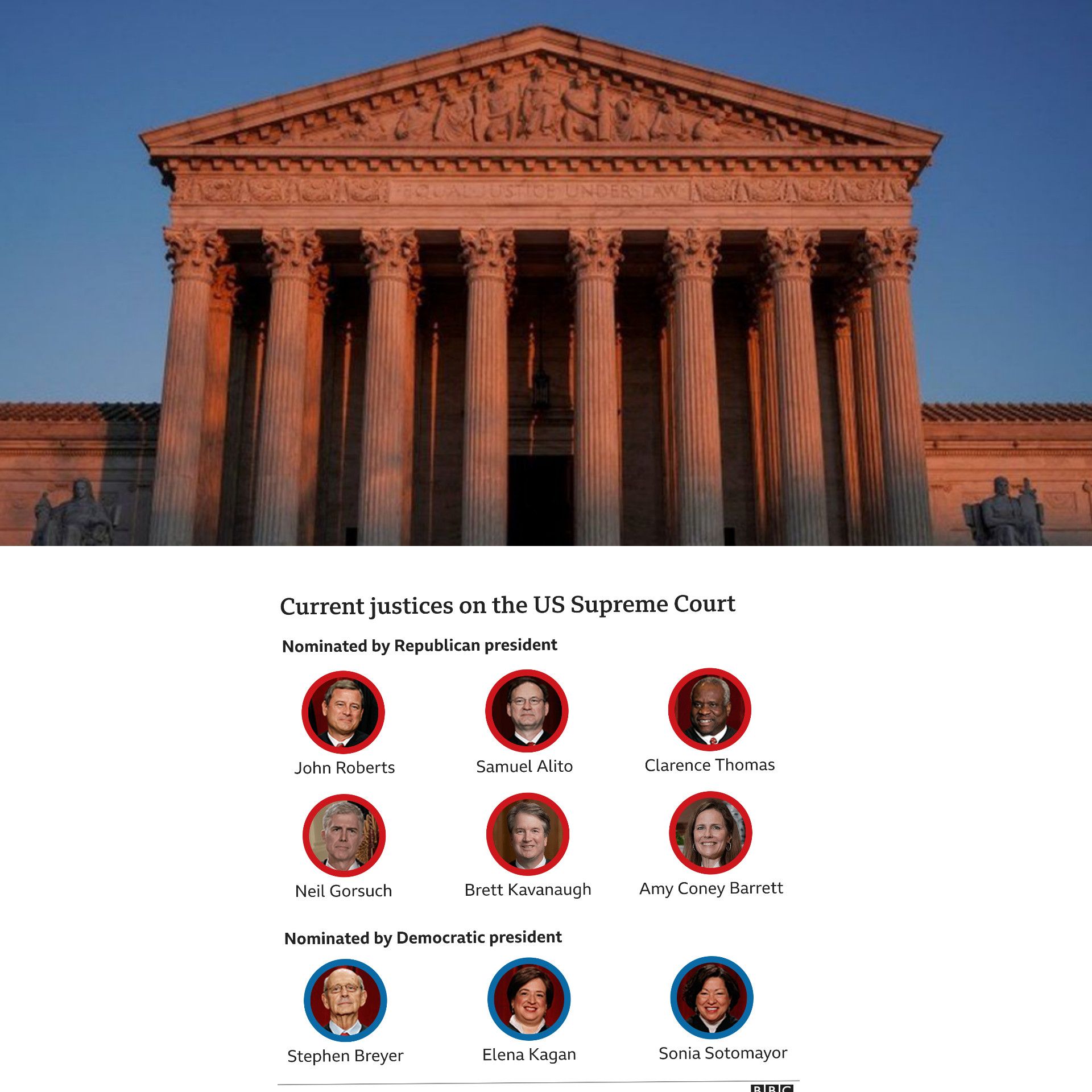 US President Joe Biden will honour his electoral promise to make an African-American woman his first nomination to the Supreme Court, the White House has said.

This comes as Biden has been handed the unforeseen opportunity to nominate his own Judge to the US Supreme court after it was revealed on Wednesday, January 26 that liberal justice, Stephen Breyer will retire at the end of the current Supreme Court term in June.

Though Breyer’s retirement plans are yet to be officially confirmed, Biden has already shortlisted possible candidates although Justice Breyer’s replacement would not shift the court’s current 6-3 conservative majority.

The Supreme Court plays a key role in American life and is often the final word on highly contentious laws, disputes between states and the federal government, and final appeals to stay executions.

Each of the nine judges – known as justices serves a lifetime appointment after being nominated by the president and approved by the Senate.

Only two African Americans – both men – have ever served on the court: Justice Thurgood Marshall from 1967 to 1991 and his successor Justice Clarence Thomas, who is set to become the oldest member on the bench at age 73.

Ketanji Brown Jackson, 51, a former law clerk to Mr Breyer, is reportedly a top contender for the job.

“The president has stated and reiterated his commitment to nominating a black woman to the Supreme Court and certainly stands by that,” White House Press Secretary Jen Psaki told a news conference.

President Biden and Justice Breyer are to appear together at a news conference on Thursday, January 27 where the retirement will be confirmed.

Singer Harrysong thanks his jealous “friendnemies,” says their hate and envy pushed him to achieve more

“There’s scarcity of real strikers both in soccer and Church”