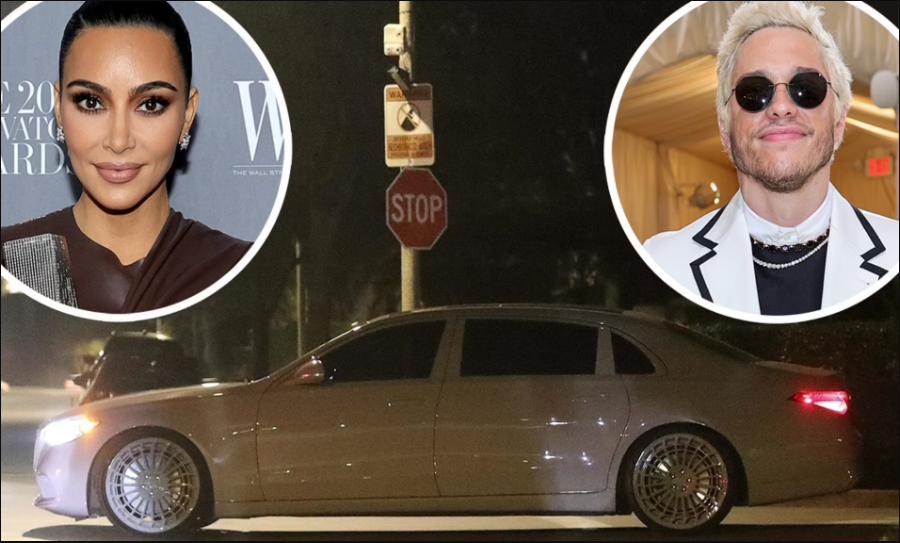 The 41-year-old Keeping Up With The Kardashians star and the 28-year-old Saturday Night Live fixture were spotted arriving at the billionaire’s home in a white luxury sedan.

The couple were there for multiple hours before they left the property in the same car.

Following the evening with Bezos, Kim and Pete drove back to a hotel in Beverly Hills where the comedian is staying, according to TMZ.

A source told the publication that Pete has been working in California lately, and he seems to be taking every opportunity he can get to visit his girlfriend, who has also visited him in New York City when her schedule permits.

TMZ also noted that Kim met with other high-profile figures earlier in the week.

On Monday, the reality star was seen dining at Los Angeles’ Hot & Cool Cafe with former Secretary of State Hillary Clinton and her daughter Chelsea Clinton.

The three were taping an episode of the Clintons’ documentary series Gutsy Women, named after a 2019 book that Hillary and Chelsea cowrote that focused on important women and change-makers.

“I rather be controversial than be a religious hypocrite” – Blessing Okoro berates actress, Olayode Juliana over her allegations against Pastor Timi Adigin