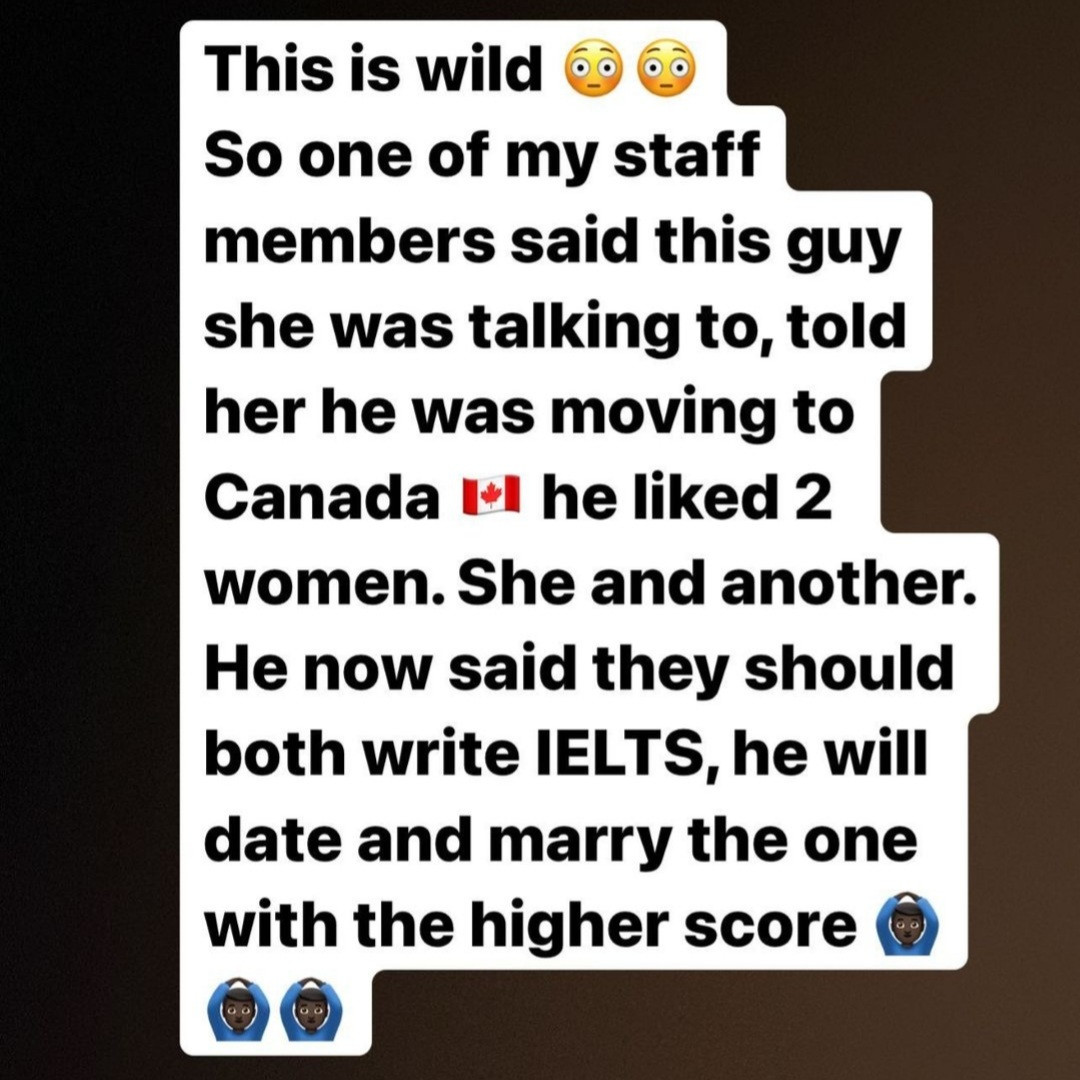 A Nigerian man migrating to Canada has informed two women he’s interested in of the criteria he’ll use in choosing which woman he’ll marry and take with him to Canada.

The man reportedly told both women to take the English Language proficiency tests, IELTS, and whoever passes the test will become his wife and travel abroad with him.

The story was shared by Bunmi George,  the CEO of Shredder Gang, and she revealed that one of the women is her staff.