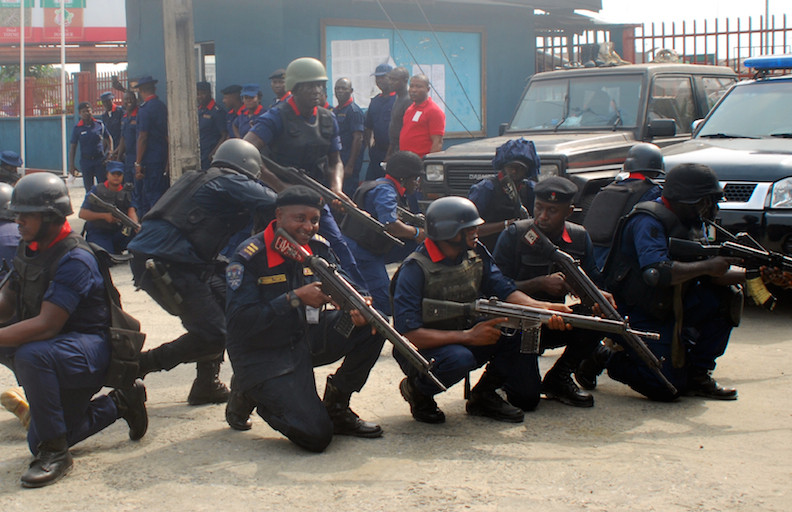 NSCDC arrests 3 for dealing in adulterated petrol in Osun

Three men have been arrested by the Osun State Command of the Nigeria Security and Civil Defence Corps (NSCDC), for allegedly dealing in adulterated petroleum products.

The suspects who have been paraded by the Commandant of NSCDC in the state, Emmanuel Ocheja, have been identified as Adeyeye Emmauel, Nasiru Adamu and Isa Mohammed at the Corps headquarters in Osogbo.

The three suspects were arrested at Ibodi junction, Ilesa, with 19 jerricans of 25 liters of adulterated fuel. The suspects however denied the allegation.

Ocheja said the suspects would be charged to court to serve as a deterrent to others.