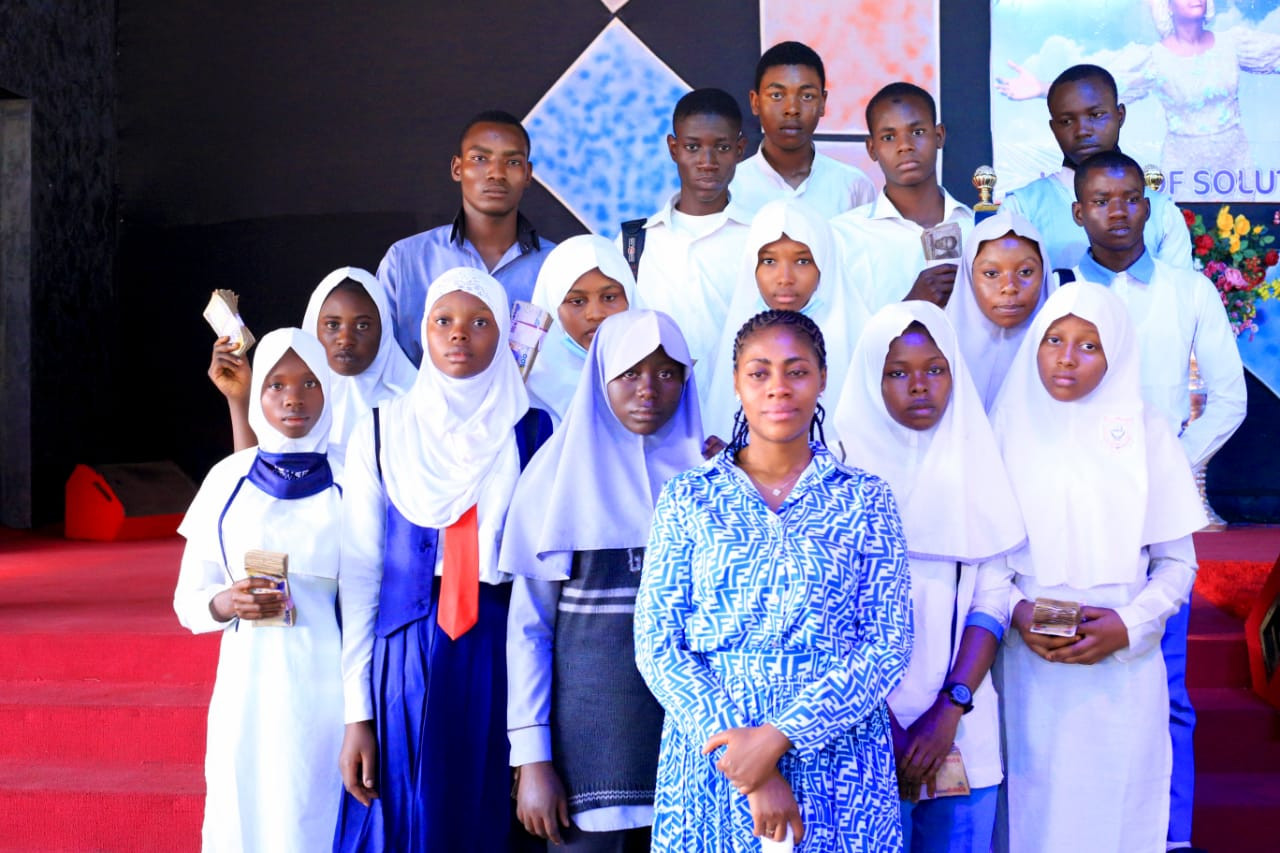 Prophetess Gifts N50,000 Each To 60 Indigent Christian And Muslim Students For SSCE

Popular Abuja based Prophetess, Rose Kelvin has given N50,000 each to 60 indigent Christian and Muslim students to register for 2022 Senior School Certificate  Examination (SSCE).

The beneficiaries were drawn from the Federal Capital Territory (FCT), Abuja. Rose Kelvin told the News Agency of Nigeria (NAN) shortly after the presentation on Wednesday in Abuja, that education was the passport for the future.

“As the SSCE 2022 edition approaches, many students across the country are in trepidation, not for how to be successful in their exams, but the fear of not being able to sit for the exams with their classmates due to their parents or guardian’s inability to pay their WAEC fees.

“I had called on a number of Secondary School principals and proprietors to look within their institutions and pick out students who apparently do not have hope of sitting for the upcoming SSCE examinations.

“With the diligent scrutiny of  Ogwula media crew, Muslim and Christian indigent students, were selected in hundreds from different schools around remote areas of FCT to benefit from my charity.

“I was overwhelmed and broke into tears uncontrollably while listening to some of the students ordeal, after I  handed the sum of N50,000 to each of them to secure a place in their future endeavours by registering for WAEC.
“Indeed, the roots of education are bitter, but the fruit is sweet,” Prophetess Rose Kelvin said. Meanwhile, some of the beneficiaries in an interview appreciated Prophetess Rose Kelvin for the gesture.

Master Kingsley Usman, a student of Government Secondary School (GSS), Idu Koro, said he could not pay his first and Second term school fees due to lack of funds.
He said was busy at a building site carrying blocks when he was called that he was nominated for Rose Kelvin’s gesture.

Another beneficiary, Ms Winifred Agema, from Benue and daughter of a fallen Hero of the Nigeria Army schooling at Army Day Secondary School, Mogadishu Cantonment, thanked Rose Kelvin “for restoring my destiny.”
She said her mother, a widow and Banana seller at Mararaba,  was taking care of her and her six siblings, adding that all hope was lost but her school principal was allowing her to come to school.

Falilat Idris, a student of Army Day Secondary School, Mogadishu, lost her mum who was the family’s bread winner. Her dad, a poor farmer who took ill at the demise of his wife and currently bedridden cannot provide for his family anymore.

She  was left with the mission impossible option of hawking bread to gather her WAEC fees before Rose Kelvin’s intervention.Many of the beneficiaries thanked her for giving them hope to write the 2022 SSCE. (NAN