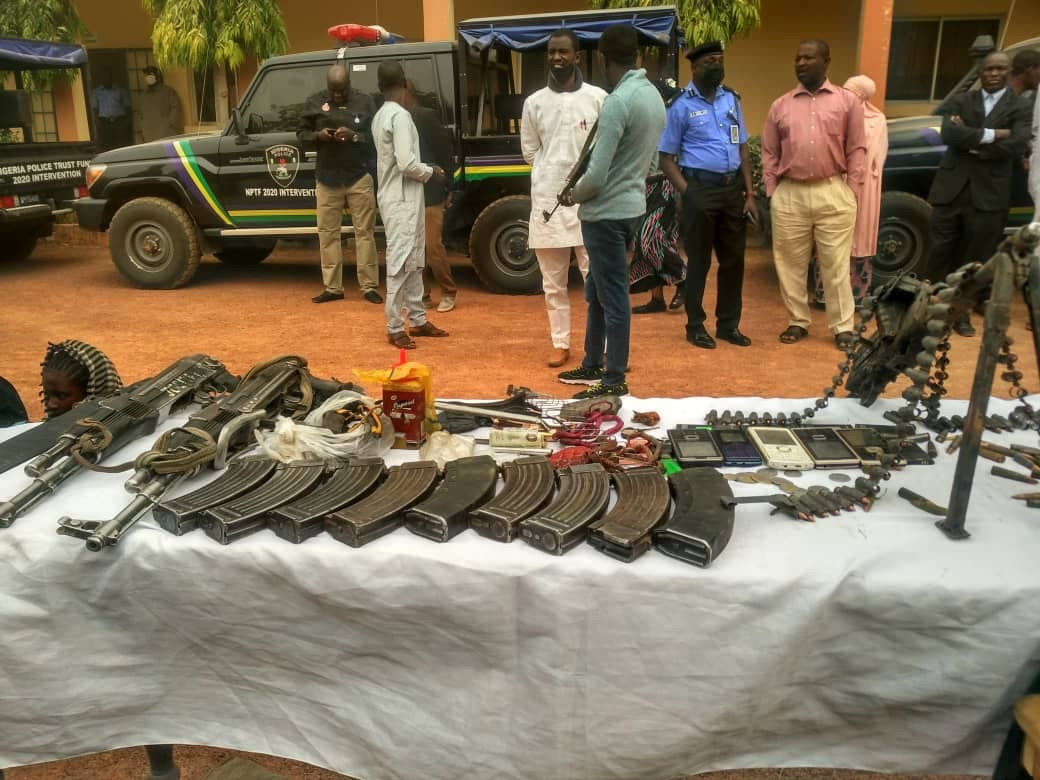 Suspected killers of the two policemen in Jigawa state have been arrested.

The arrested suspects are said to be members of the gang that kidnapped son-in-law to a businessman and also responsible for criminal activities within the north-west axis of the state.

They were arrested following raids of three criminal hideouts in Dajin Maizuwo, Dan Gwanki and Yandamo villages in Sule Tankarkar local government area of the state.

Parading the suspects at the police command’s headquarters in Dutse on Thursday January 27, the state’s Commissioner of Police, Aliyu Sale Tafida said the feat was accomplished following intelligence report.

14 suspects comprising 10 males and four females, including a suspect from Kaduna, were paraded alongside six children.

Tafida who confirmed that two of the rifles recovered from the suspects were the ones carted away from the two policers killed at Kwalam village in Taura local government area on Sunday January 23 while responding to a distress call, disclosed that one of the motorcycles recovered belongs to one Abdu Isa Sajo, a Commander of a local security outfit called Yanbulala, who was also shot and killed by yet-to-be-identified persons in Kirikasamma local government area on Tuesday January 25.

SP Anas Usaini and Inspector Sunusi Alhassan, were shot dead close to an improvised patrol vehicle, which was set ablaze by the gunmen.

The police also rescued 20-year-old Hadiza Alhaji Chadi,  who was abducted at Marmara village in Kirikasamma local government on January 8, 2022.

The suspects will be charged to court once investigations are concluded.

Prophetess Gifts N50,000 Each To 60 Indigent Christian And Muslim Students For SSCE

Police helicopter with six people on board crashes in Bauchi