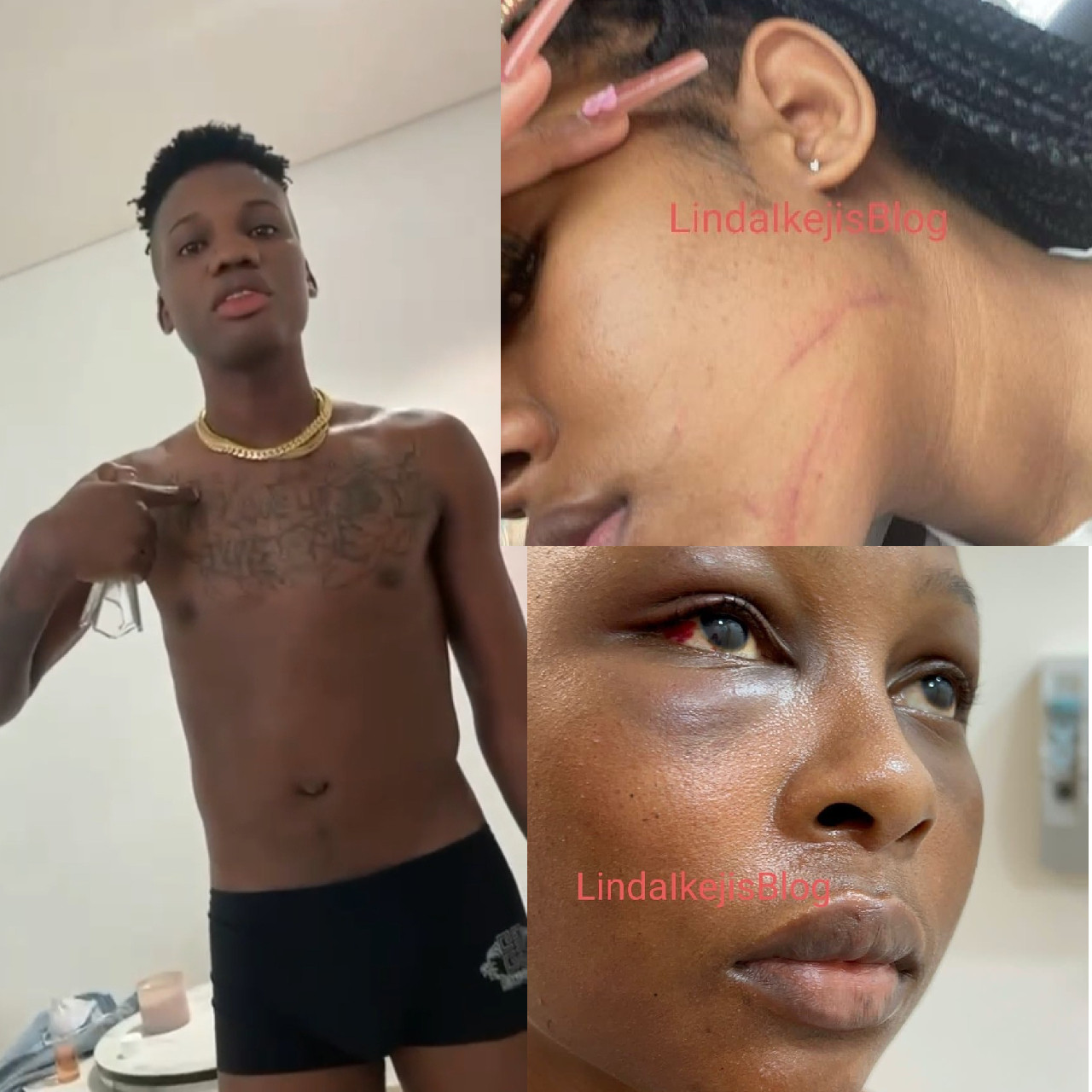 A young Nigerian man named Ejiro Gbadagri, better known as Ejay, has been accused of being a woman beater and videos of him in the act have been shared online.

In one of the videos, Ejay is seen reaching out to slap a South African woman named Bella, who is said to be his girlfriend.

The woman is behind the camera so it’s not clear if the slap he aimed at her hit its mark, but it dislodged the phone she was using to film him.

The alleged assault left Bella with scratches on her face and broken nails.

Friends close to the South African said Ejay is always beating Bella and every time the assault is reported to the police, nothing is done to Ejay.

Other photos show injuries Ejay allegedly inflicted on another woman.

Swipe below for video of the assault.

Big Brother South Africa contestants flash their bo*bs, pen!s and b00ty as they shower together (+18 photos/videos)