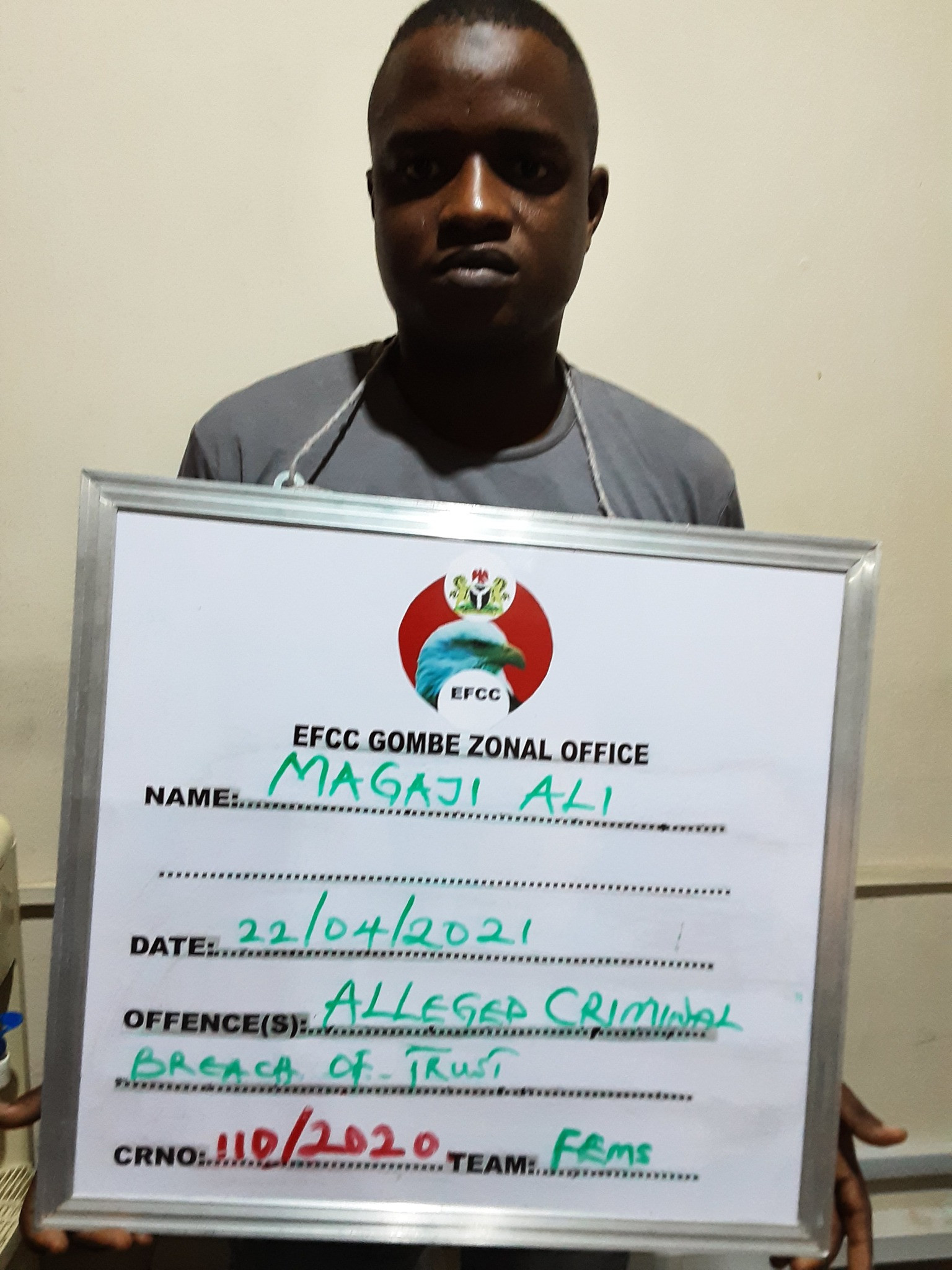 Ali was sentenced on Thursday, January 27, for an offence bordering on criminal breach of trust to the tune of Six Hundred and Fifty Thousand Naira (N650, 000.00) brought against him by the Gombe Zonal Command of the EFCC.

The defendant was allegedly entrusted with three cows to tend by the complainant but he fattened the animals, sold them and converted the proceeds.

The offence is contrary to and punishable under Section 311 and 312 of the Penal Code. Upon arraignment, the defendant pleaded guilty to the one count charge.

The prosecution reviewed the facts of the case and urged the Court to convict the defendant in line with his plea and the evidence tendered in court.

Justice Abubakar consequently convicted and sentenced him to 2 years in jail.

He however gave the defendant the option of Fifty (N50, 000) fine and ordered him to pay the victim the sum of Three Hundred and Sixty Thousand Naira (N360, 000) as restitution.

“Baba wants to be pampered”, Fans react as VJ Adams declares he is ready to be house husband