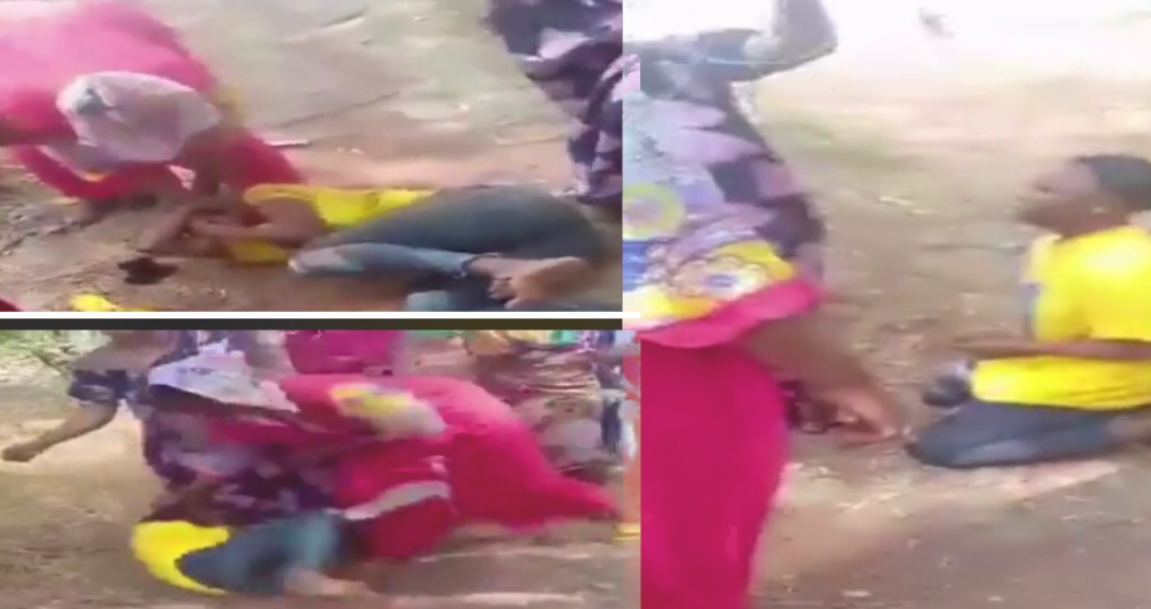 A video circulating online has shown moment a lady was nearly killed by a woman who attacked her with five others.

Local news platforms in Ghana reported that the ‘lead-attacker’ hired 5 women to beat up the young girl who couldn’t fight back, for allegedly snatching her fiancé.

The sad incident is said to have happened in the Northern Region of Ghana. The video showed the young lady pleading for mercy, but this fell on a deaf ear as the women continued assaulting her.

Angel Tv reported that Bimbilla Police has arrested two of the women hired to beat the lady.