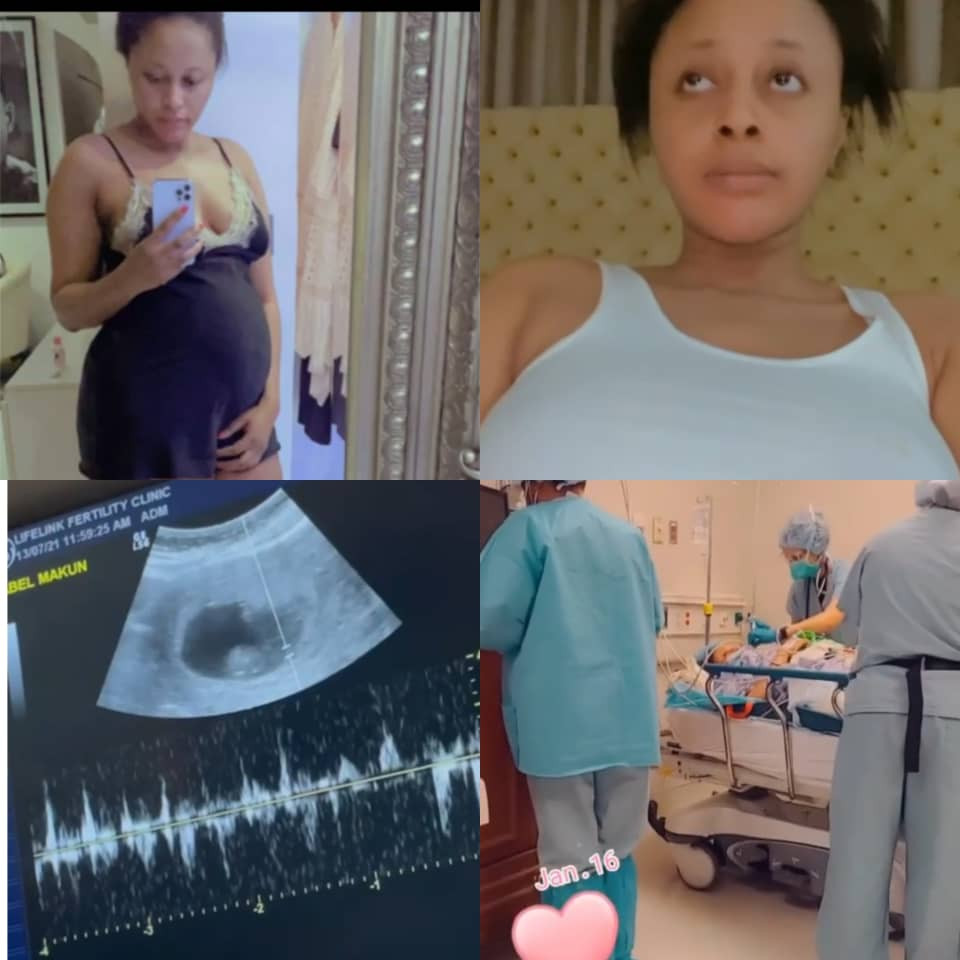 Mabel Makun, wife of comedian, AY Makun, has taken to her social media handle to express her gratitude to God after welcoming their second child, Ayomide, on January 16. The couple waited for 13 years before they had Ayomide.

”This will definitely trigger my emotions,the plan was to close/open my eyes and make it all disappear but then again I thought to myself,Mabel you have to encourage someone out there.

Three miscarriages with no medical explanations as to the reasons why. It was the same pattern as before,every single thing that happened with the others,happened again,only this time more but I was determined to hold on tight to God and not fail.

Truthfully I was exhausted,how I got here today is not something that I can explain but I just know that God was and is still with me and Ayomide,for this we are eternally grateful

You are God all by yourself and you will never share your glory with anyone.

From the depth of my heart,I want to thank you all for the messages,prayers and yes the love is overwhelming.

God bless you all for me”