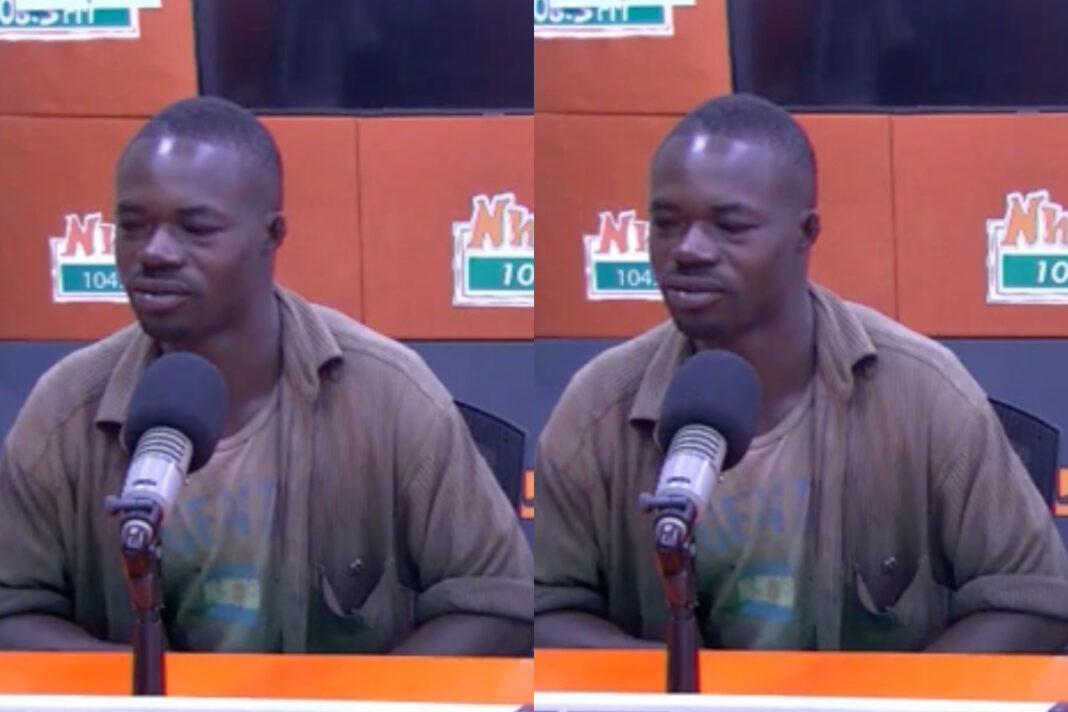 I didn’t penetrate my step-daughter, I only brushed the tip – Man confesses on live radio program (video)

A Ghanaian man who was accused of defiling his step-daughter, has made quite a startling confession while on a live radio program.

Appearing on Kumasi-based radio Nhyira FM after he was dragged to the station by his wife who leveled the allegation against him, the man said he never penetrated the girl but merely brushed the entrance or ‘tip’ of her private part.

Admitting that he ejaculated, the man stated that he withdrew his manhood and should not be held liable for any wrongdoing.

Young boy graduates as one of Akwa Ibom top students, gains admission into university to study Engineering 8 years after he was accused of being a witch