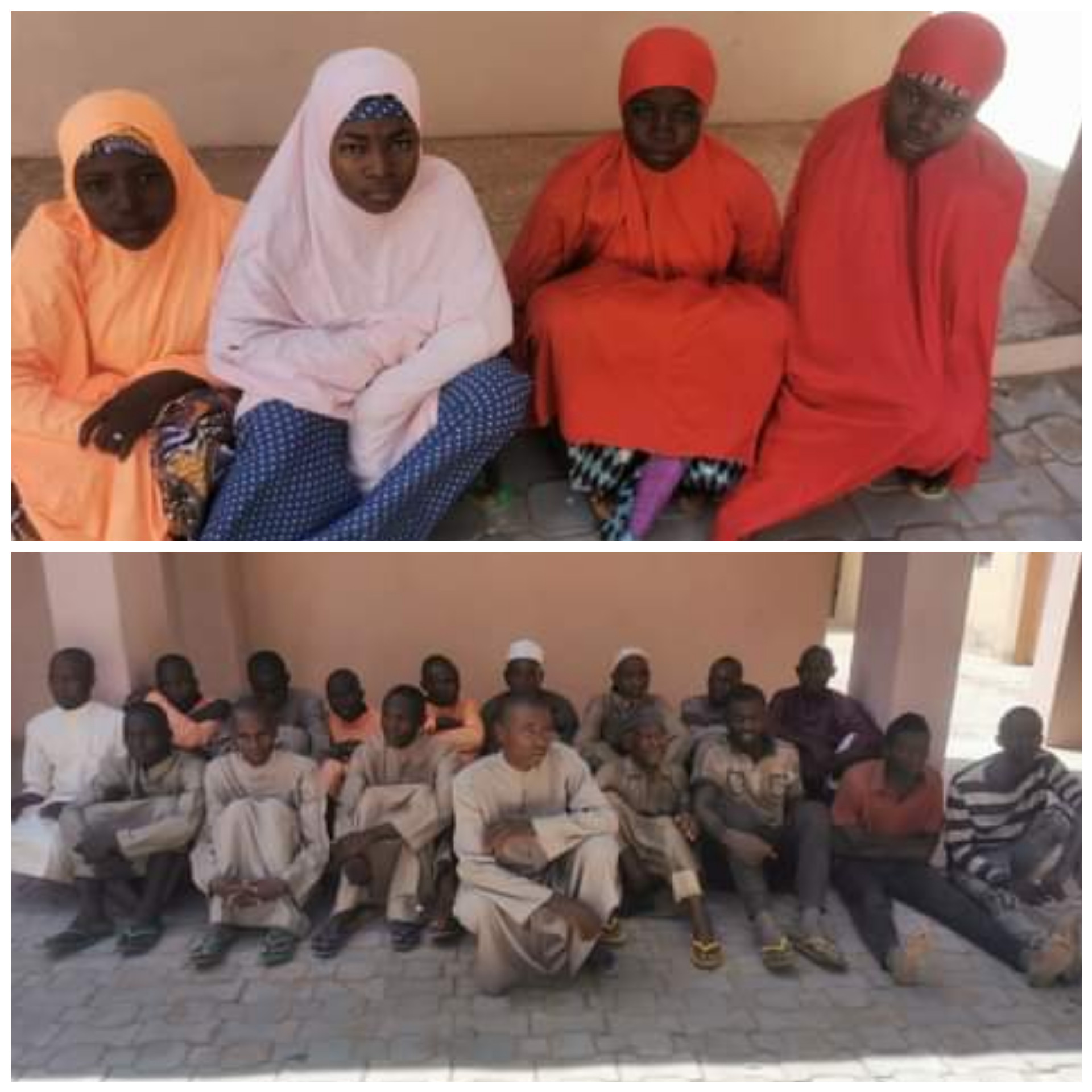 Briefing journalists at the command headquarters in Gusau on Monday, spokesperson of the police in the state, Mohammed Shehu, said the victims were from Niger, Katsina and Zamfara States.

Mr Shehu said the victims have been medically treated, debriefed by the police and handed over to their families.

According to the PPRO, ten of the victims were rescued after their abduction on the Sheme- Funtua road last Thursday.

“On 26th January, 2022 Police Tactical operatives deployed along Mada axis while on confidence building patrol, acted on intelligence information and rescued ten (10) kidnapped victims who were abducted along Sheme – Funtua road in Katsina State, on 10th January, 2022,” he stated.

“The victims who held from B/Magaji LGA of Zamfara State were abducted while coming back from Lagos State on their way to B/Magaji. They were properly treated and debriefed by the Police and handed over to their families.

“On 30th January, 2022 Police Tactical operatives along Mada axis while on rigorous patrol, acted on intelligence information that led to the unconditional rescue of three (3) kidnapped victims who were abducted along Sheme – Funtua road on 10th January, 2022. Two of the rescued victims held from Kaduna State, while the other one from Kebbi State. The victims were medically treated, debriefed by the Police and will be reunited with their families.

The spokesperson said 19 other kidnapped victims from Niger state were rescued along Dansadau axix in Maru LGA by joint military/police operatives.

“The victims were rescued by the Military Operatives along Dansadau axis in Maru LGA. In the course of debriefing the victims, it was revealed that, they were abducted while working in their farmlands by armed bandits and took them to a forest in Dansadau axis where they spent 2 months in captivity.

“The victims have been medically treated and debriefed by the Police, and will be handed over to the Commissioner of Police Niger State Command who will reunite them with their families.”