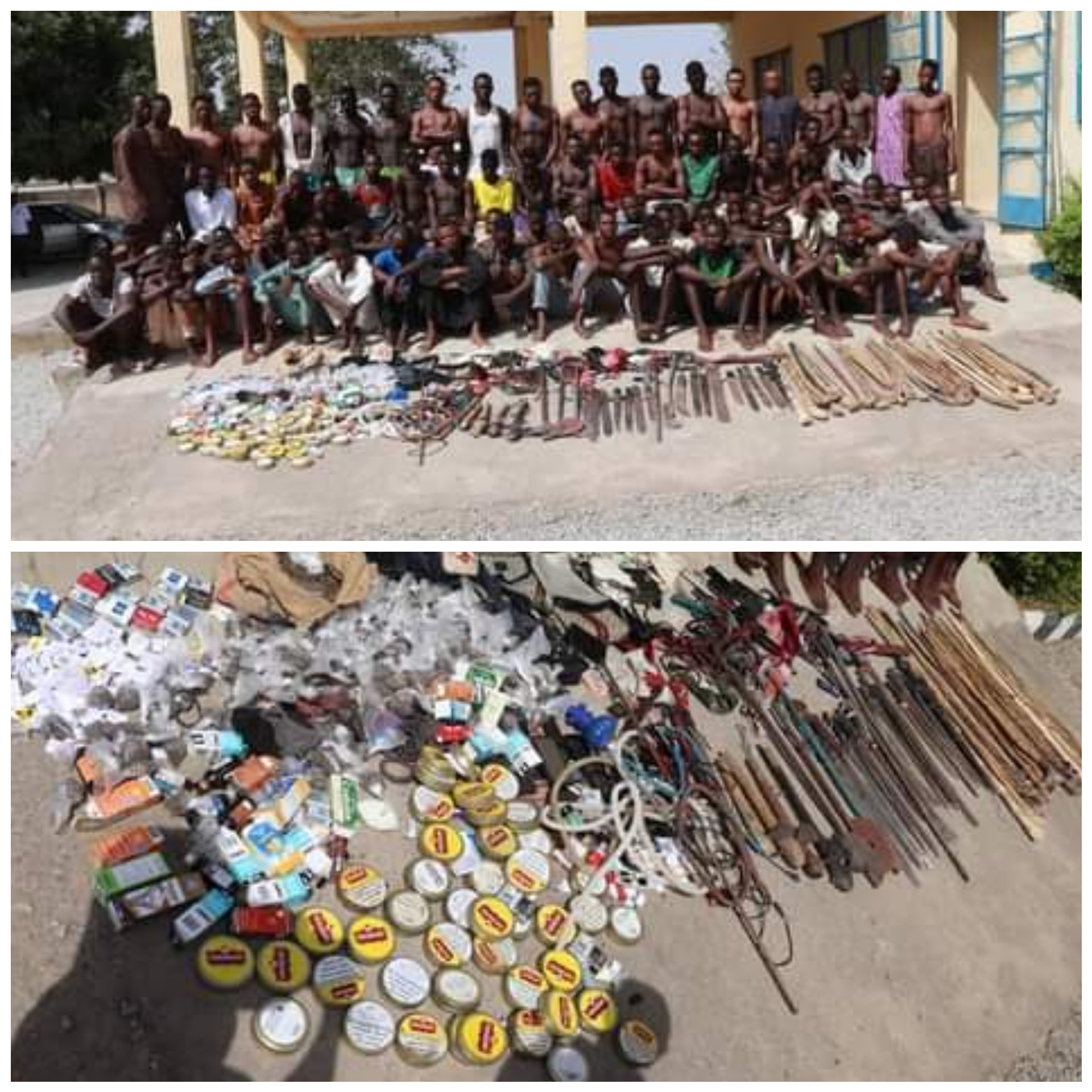 Operatives of the Niger State Police Command have arrested 77 suspected miscreants with dangerous weapons and illicit drugs in Minna.

Spokesperson of the command, DSP Wasiu Abiodun, who disclosed this in a statement on Monday, January 31, said the suspects were arrested over the weekend.

“Seventy-seven (77) more suspected miscreants were apprehended by the task force team with dangerous weapons and illicit drugs over the weekend from 28th-30th January, 2022 at Tudun-Fulani, Rafin-Yashi, Gbeganu and Soje-A area of Minna in furtherance to the police effort in sanitizing the city,” he stated.

The Command reassured residents that the Police is not resting on its oars in ensuring peace and tranquility in our community.

“The citizens/residents are hereby encouraged to go about their lawful business without fear of molestation, intimidation or harrasment.” the PPRO added.