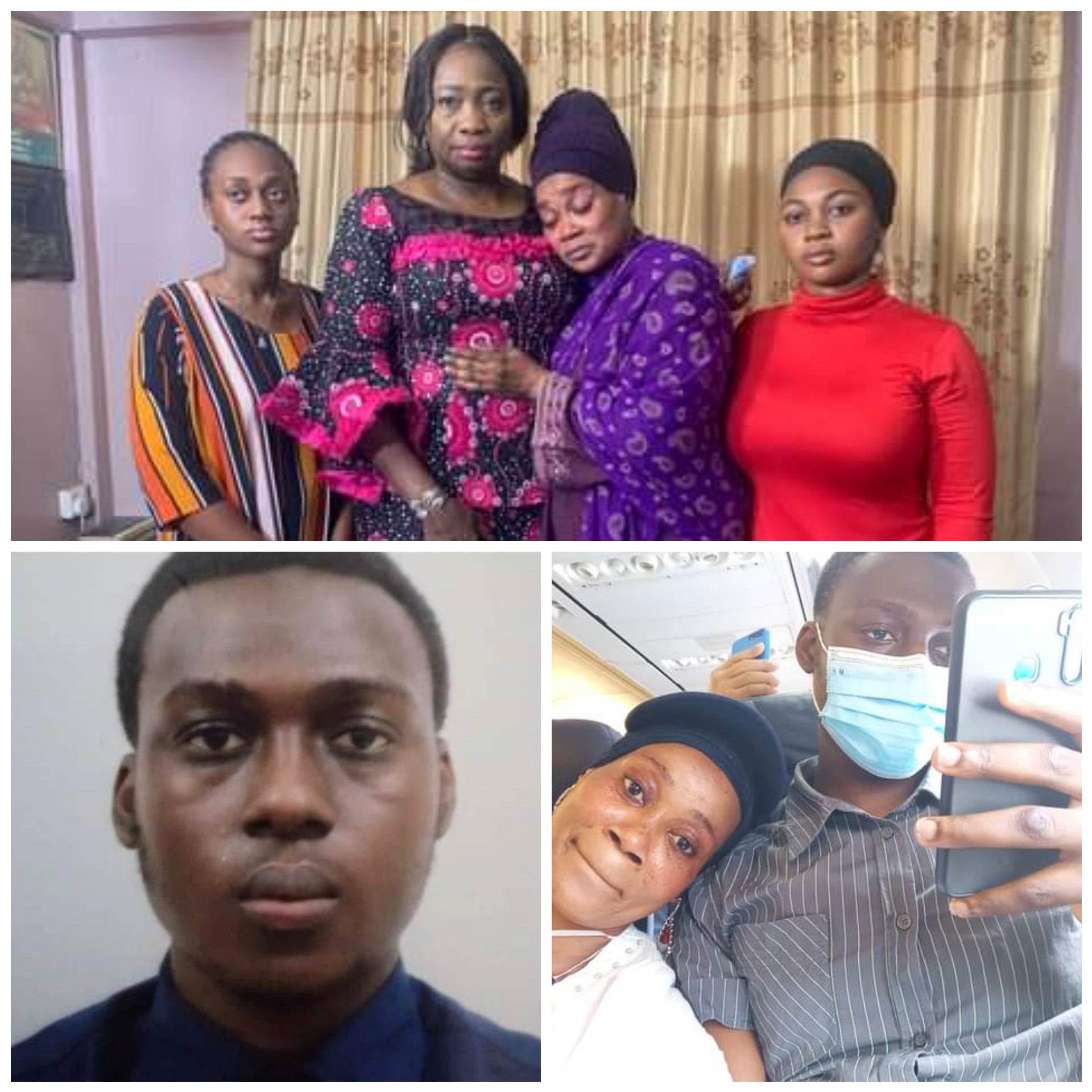 Chairman of the Nigerians in Diaspora Commission, Abike Dabiri-Erewa on Monday January 31, paid a condolence visit to the family of 19-year-old student, Fadlullah Agboluaje who died in Ukraine on January 9.

It was gathered that the teenager arrived in Ukraine on January 8, 2022 and was found dead the following day.

He was said to have died from extreme cold in his hostel room at the Lviv Polytechnic National University, according to an autopsy conducted in Ukraine.

Mrs Musleemah Agboluaje narrated how she was in touch with her son till about 11pm Nigeria time but the next day, they couldn’t reach him.

According to the grieving mother, her son had complained that the heater in the room was not working and asked that it be fixed but got no response from the receptionist on duty.

Mrs Dabiri-Erewa, during the visit, said the Nigerian Ambassador in Ukraine, Fatai Alege, had swiftly waded into the matter and demanded an autopsy.

She said the Ambassador had given all necessary preliminary assistance, and the Nigerian government will work with the family on any plan to take on the issue of apparent negligence of the institution.

Agboluaje had dreams of becoming a footballer and was admitted to studying Sports Science before the unfortunate incident.

Ms Agboluaje said he was picked at the airport by the school’s representative on January 9.

“On getting to his designated room, he wasn’t happy with the way it looked and also complained that the heater wasn’t effective and my mum told him to request a change of room. So he went to the front desk of the accommodation facility to report to the personnel on duty but, unfortunately, the person didn’t understand English so he ended up reaching out to the liaison officer, the undersigned agent on the letter the school sent before he left for Ukraine,” she said.

“This man asked my brother to see him in the morning the following day.

She said their mother who saw him off from their Ikeja home in Lagos to the airport chatted with him until 11 p.m. Nigeria time on Sunday (January 9). But on Monday, they couldn’t reach him anymore.

“My mum began to panic and began to reach out to different people for help in the afternoon after we got no response from him all morning,” she said.

Ms Agboluaje said their mother eventually called the liaison officer but “he began to dodge our calls, keeping us in the dark.”

She said when the officer picked up their call, he gave the phone to another student to inform them that Mr Agboluaje was found dead on the floor of his room.

She said the news was shocking because her brother prior to leaving Nigeria did a complete health check including the COVID-19 test and vaccination and he was declared healthy.

Bald man shares advice he got from his concerned mother