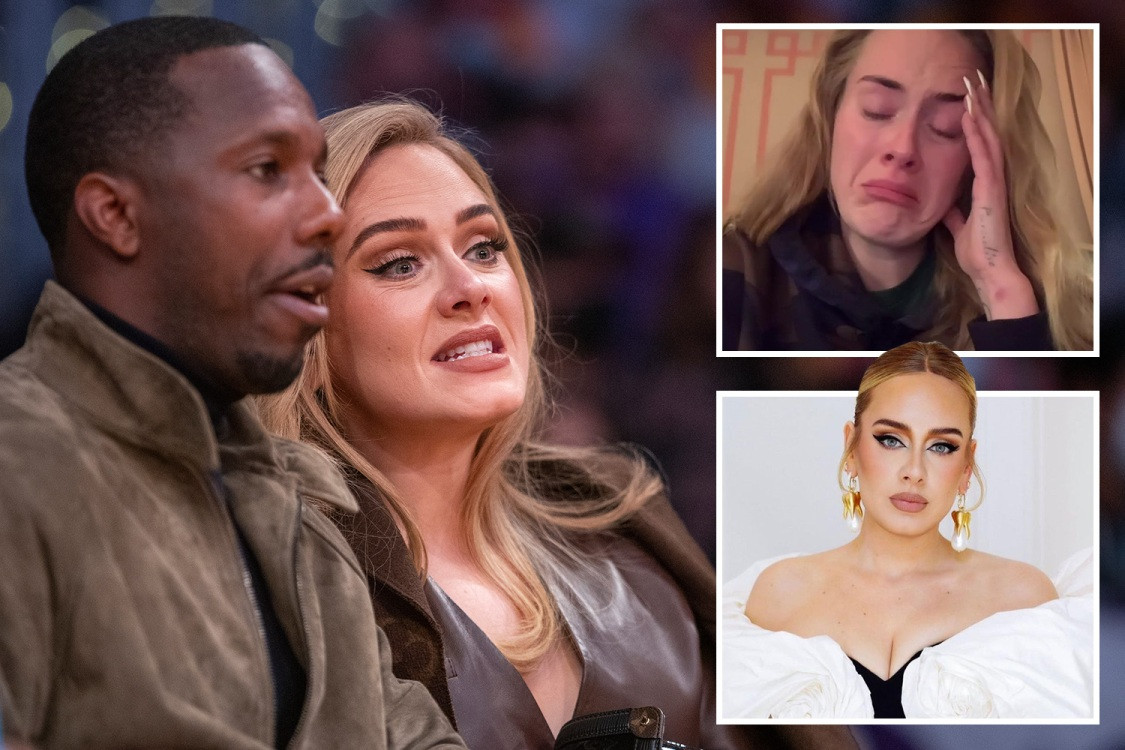 British singer, Adele is reportedly been trying to save her relationship with her millionaire sports agent boyfriend Rich Paul, after their time apart hugely strained it.

British tabloid, The Sun reported that the singer spent the past week holed at her boyfriend’s home after they struggled to see each other in recent weeks.

While Rich Paul has been travelling for work, Adele has been in Las Vegas for her residency. Sources told the publication over the weekend that there’s “trouble in paradise” for the couple amid claims she cancelled her Weekends With Adele shows because of problems in their relationship.

“Adele is staying at Rich’s house in Beverly Hills just trying to fix their relationship because things have become strained.

“They barely saw each other at the beginning of the month because he was away for work and she was trying to focus on the Vegas show.

“She was upset he couldn’t be there with her when things started falling apart with the residency and it made things difficult for them both. She needed him there, but he couldn’t because he has his own busy career too.

“It was a very emotional and stressful time for her. Now they are spending some quality time together to try to save things.

“They really like each other but it’s been a tough few weeks.”

It was previously claimed Adele was heard “shouting and sobbing” on the phone to Rich during rehearsals.

Rich, 40, is her first public relationship since divorcing entrepreneur Simon Konecki, the father of her nine-year-old son Angelo, in 2019. The couple were first spotted together at a basketball game in July 2021.

Gunmen chop off Mechanic’s hands, steal his money and motorcycle in Nasarawa