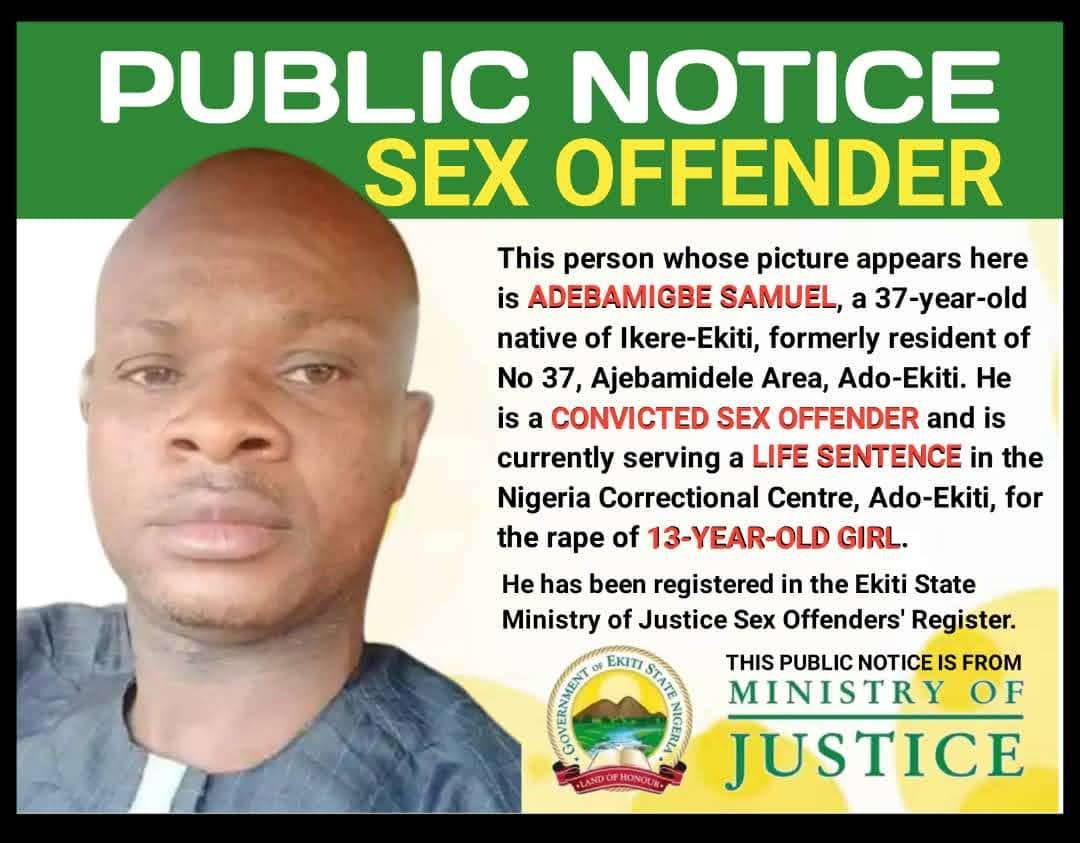 Adebamigbe,37, was sentenced to life imprisonment by an High Court of Ekiti State sitting in Ado Ekiti for raping a 13-year-old girl.

He was tried and found guilty on the charge of rape. Read HERE

The prosecution counsel, Kunle Adeyemo, a Senior Legal Officer in the Ministry of Justice, Ekiti State called five witnesses and tendered several exhibits including the Statement of the victim.

In his judgment, Justice Lekan Ogunmoye held that the prosecution proved his case beyond reasonable doubt and thereby sentence the defendant to life imprisonment.