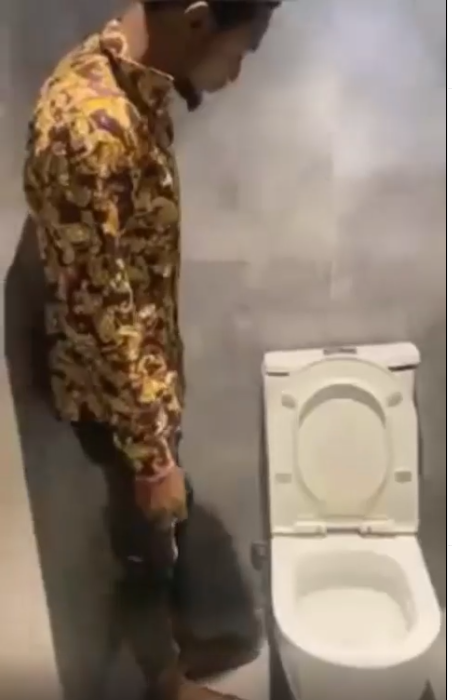 Man caught stealing in a church, hides loot in the church’s toilet (video)

A young man has been nabbed stealing items from unsuspecting church goers in Lagos.

The suspect identified as Ebuka Iheanacho, told those interrogating him that he’s from Imo state. He also confirmed that his mother comes to the church “to beg”.

The items he stole were reportedly kept in a room in the church. He stole some phones and  then hid a bag in a toilet in the building.

The church members interrogating him, said they will be taking him to the police station for documentation.

“Your video is an insult to Kenyan girls” – OAP, Black Cinderella slams Portable over video of him turning down a ‘hookup’ proposal in Kenya