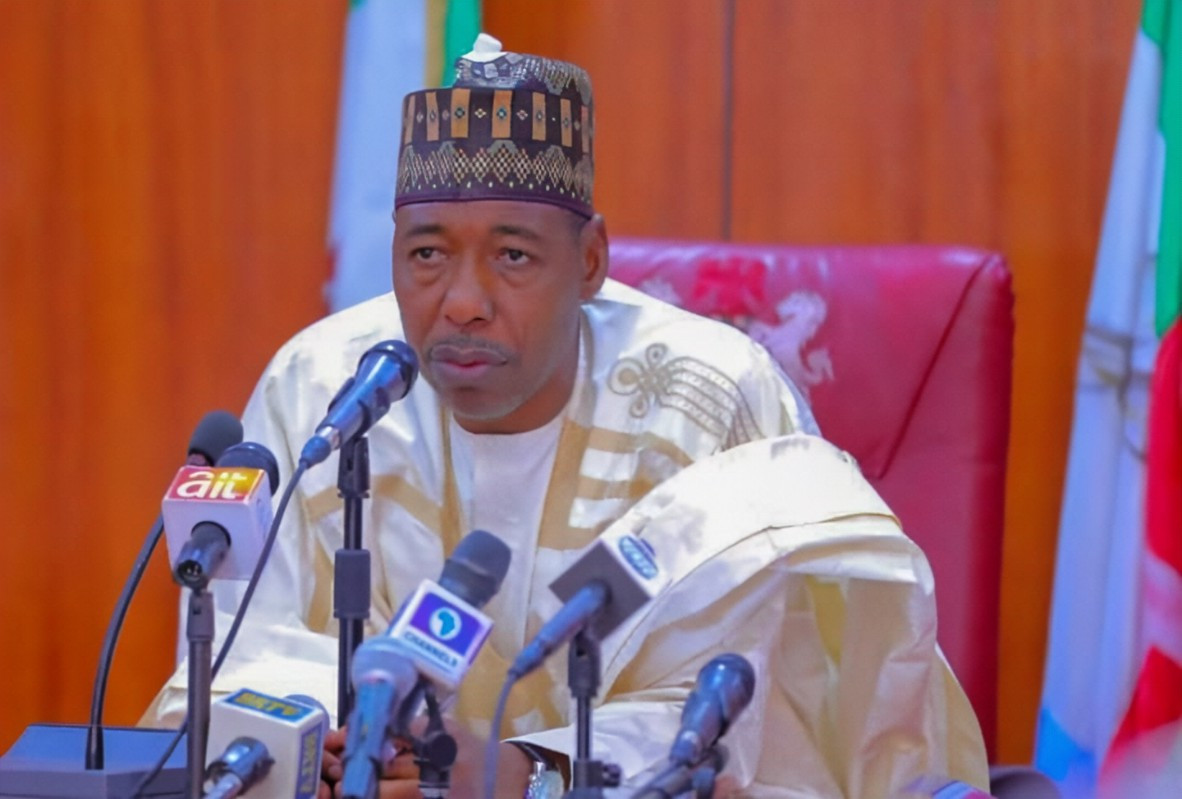 Speaking during a visit to Zamfara State in solidarity with Governor Bello Matawalle over the recent activities of bandits, Zulum further revealed that the terrorists also destroyed about 800 municipal buildings comprising police stations, traditional rulers houses, local government secretariats among others.

“We lost a total of about 900,000 to the insurgency. We lost about 5,000 classrooms in Borno State, 800 municipal buildings comprising police stations, traditional ruler houses, and local government secretariats. These are official figures, unofficial figures are more than this.”

Governor Matawalle on his own part, commended Zulum for the concern and finding the time to visit Zamfara despite his own problems in Borno state.

“Borno and Zamfara share a similar problem of terrorists’ attacks. I know how we share information, intelligence and the commitment of how to end these problems we inherited.

“With this commitment and prayer and the support of our people, we shall triumph.”

He said that just like in Borno State, Zamfara has recorded losses in human and material form with no fewer than 25,000 orphans, 27,000 widows and over 3,000 houses destroyed with nearly 400,000 livestock rustled in the first eight years of the menace.

Zulum who was accompanied on the visit by the Chairman of the Senate Committee on Army Senator Ali Ndume; Chief Whip of House of Representatives, Honorable Tahir Monguno among others, used the opportunity to present a cheque of N20 million to the Zamfara State Governor.