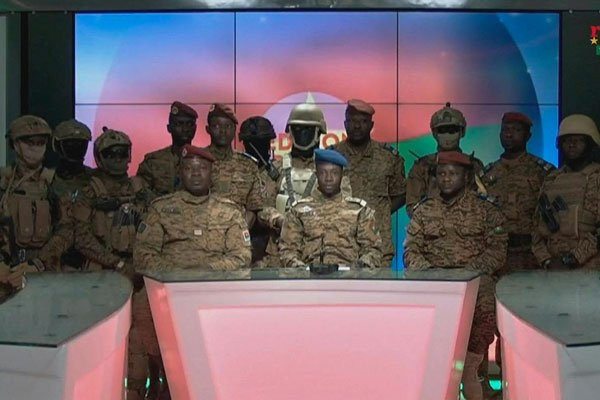 The Burkinabe junta has announced the restoration of constitutional order, just one week after a coup ousted elected president Roch Marc Christian Kabore.

In a statement read on television on Monday night, a spokesman of the military notified the population that the junta had approved a “fundamental act”.

The 37-article document “lifts the suspension of the constitution”, after its suspension in the aftermath of the January 24 coup.

According to the statement, it guarantees the independence of the judiciary and presumption of innocence, as well as basic liberties spelled out in the June 2, 1991 Constitution such as freedom of movement and freedom of speech as well as it secures power in the hands of the military.

Under the “fundamental act,” the junta officially named the Patriotic Movement for Preservation and Restoration (MPSR) “ensures the continuity of the state pending the establishment of transitional bodies.” A transition that was given no timeline so far.

It formally identified coup leader Lieutenant-Colonel Paul-Henri Sandaogo Damiba as president of the MPSR. This role also encompasses “president of Burkina Faso, head of state (and) supreme leader of the armed forces” as Lit. Col. Cyprien Kabore, spokesperson of the MPSR, read.

ECOWAS has since sanctioned Burkina Faso by suspending the country from the West African group.

The Economic Community of West African States sent military chiefs to confer with Damiba on Saturday. On Monday, the ECOWAS mission headed by Ghanaian Foreign minister Shirley Ayorkor Botchway arrived in Ouagadougou. He was joined by the UN’s special representative for West Africa and the Sahel (UNOWAS), Mahamat Saleh Annadif.