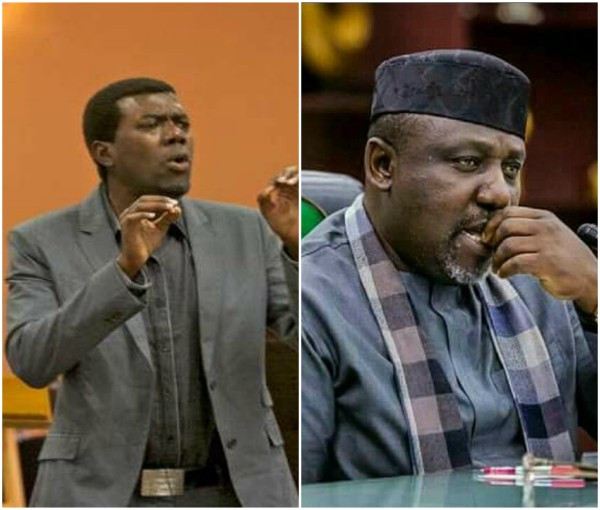 Reno Omokri says the fact that EFCC filed fresh charges against Senator Rochas Okorocha shortly after he declared his intention to run for President in 2021, is a sign that President Buhari is allegedly against Igbo Presidency.

While reacting to the news of EFCC filing fresh charges against Okorocha, Reno wrote on his Instagram page;

”The fact that the EFCC filed fresh ?2.9 billion charges against Okorocha the same day he declared his interest to contest the 2023 Presidential election is not a coincidence. It is a sign to Ndi’Igbo by General Buhari that he does not believe in Igbo Presidency!

Why does it have to be the same day? This is obviously a message. Tinubu declared. Why had the EFCC not charged him? We wrote a petition against Tinubu over his clear breach of the Money Laundering Act with his infamous bullion vans. Why charge Okorocha and not Tinubu?

I have my own preferred candidate. But I can’t ignore this obvious bias against Ndi’Igbo by the man who said “constituents, who for example, gave me 97% cannot in all honesty be treated on some issues with constituencies that gave me 5%.” If the EFCC charges Okorocha, then they must charge Tinubu!”

US lifts suspension on ‘drop box’ visa applications in Nigeria