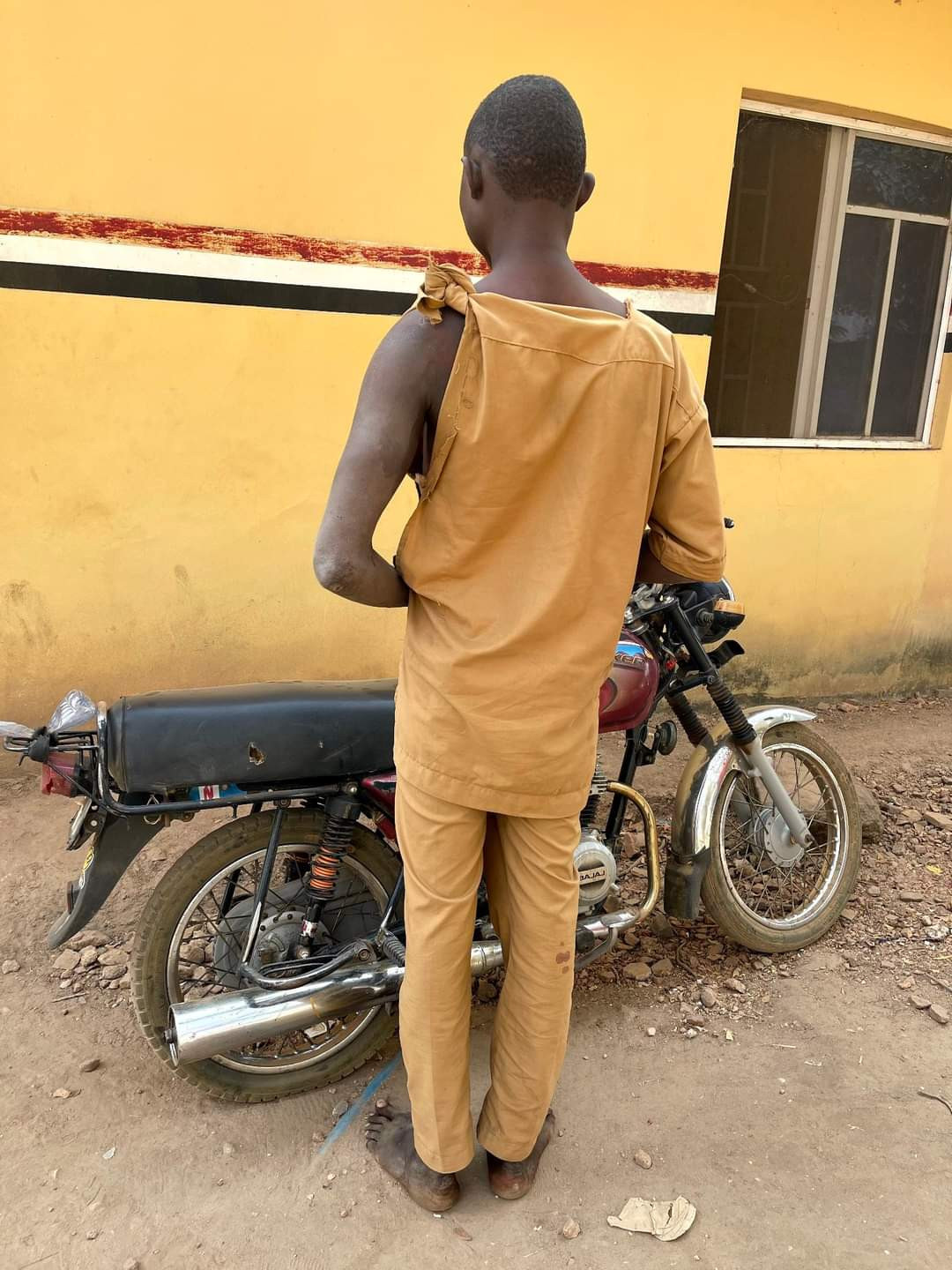 A 32-year-old motorcycle thief has been arrested by operatives of the Nigerian Security and Civil Defence Corps (NSCDC).

The suspect identified as Ojo Matthew, was arrested for allegedly stealing a motorcycle in Ede, Osun State.

Osun Commandant of the NSCDC, Emmanuel Ocheja said Ojo who is a native of Ede South Local Government Area, was caught in the act of stealing the motorcycle by vigilant residents.

The NSCDC Commandant who ordered a thorough investigation of the case, added that the command is prepared and committed to safeguarding the lives and property of citizens of Osun State.

Best Travel Deals on the Internet