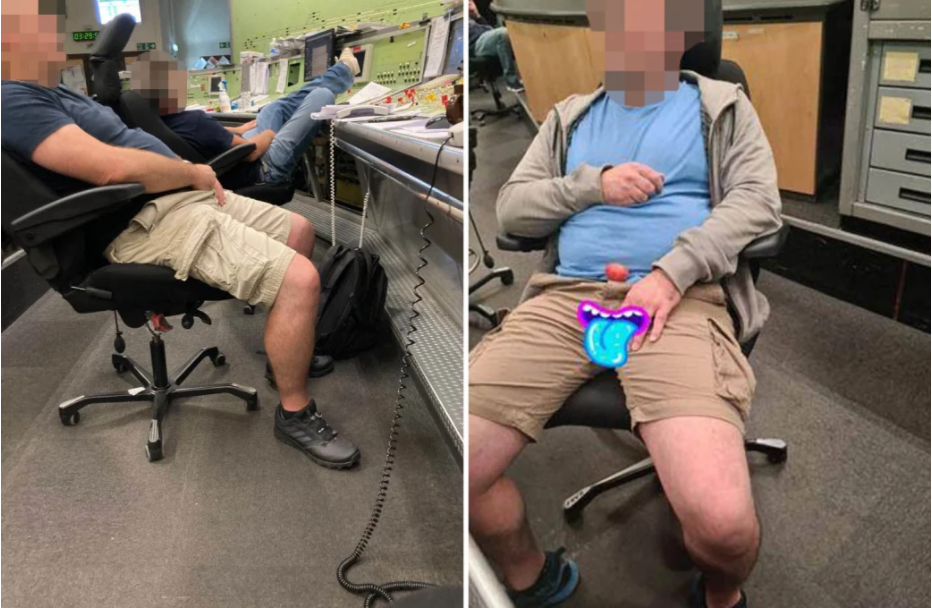 Photos of signalmen controlling trains to ­Britain’s second-busiest station sleeping at work, has triggered an investigation by Rail Chiefs in the country.

Photos shared online showed at least five of the staff who earn up to £60,000 a year for controlling the movement and direction of services, snoozing, some with their feet up on desks.

The dozing staff whose job it is to operate signals and points, and speak to drivers in emergencies, were pictured at a centre that controls trains using London Victoria.

The photos which were shared between work colleagues who added cartoons to some images, were taken at 3:30am when no passenger trains were running. Experts who described the images as “shocking”, also stated that it is also the time when essential maintenance work takes place.

“They are shocking photos but it’s not the only time this happens. It’s incredibly serious. Their job is so important.

“You can’t sleep on the job when you’re in such an important position.”

“This is very serious and a real concern. It’s a very important job.

“These staff are there to make sure everything goes smoothly and that if the ­technology is not working, then there is a back-up.”

“We are treating this incident very seriously and an internal investigation is close to completion.

“I’d like to reassure people that there was never any ­danger to the public.

“The photographs in question were taken in July last year, in the early hours of the morning, when no trains were running.

“However, that doesn’t condone this kind of behaviour and we will take the appropriate action.”

Man arrested for robbing old woman of her gratuity in Katsina