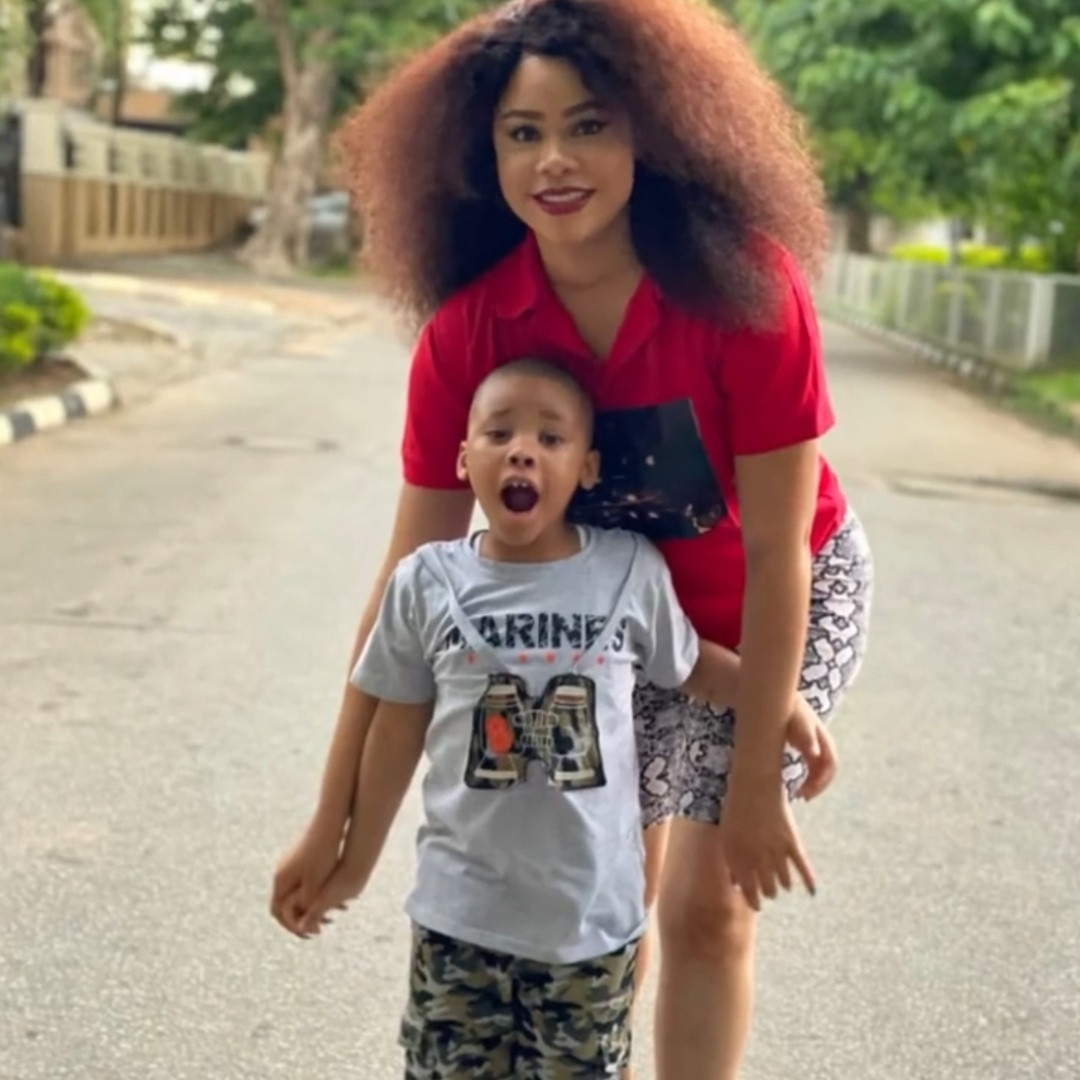 Precious Chikwendu has written a moving note to her first son on his birthday.

In the note shared on Instagram, she recounted what it was like living with her ex-husband Femi Fani-Kayode.

She alleged she was already being abused by FFK while she was pregnant with her first son, Lotanna Aragorn.

When her son was born, she said he was just 4 months old when he watched her ”get beaten like a puppy.”

She said her son was in her arms while she was allegedly beaten and she saw the fear in his eyes as they tried to take him from her.

Despite carrying her son, she said the “punches” didn’t stop, instead, they increased.

She said the beating made blood gush out of her nose and her son cried as he watched her suffer abuse in the hands of his father, who had just been released from Ikoyi prison.

Praising her first son, Precious said he gives her peace in the storm and she feels so “ashamed” that he has been used as a “pawn”.

She added that the past few months away from him and his brothers have been spent in “pain”.

I knew about Rihanna’s pregnancy since last year