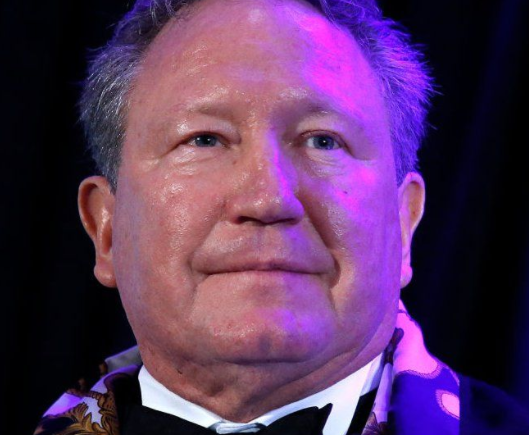 An Australian billionaire has launched a criminal case against Facebook, alleging the company failed to prevent scam ads that used his image.

Dr Forrest, who is chairman of miner Fortescue Metals, accused Facebook of not doing more to stop the ads, which first appeared in early 2019.

The scams use his image – and those of other celebrities – to promote bogus investments that promise riches.

Although Facebook bans such ads, many still appear on the platform.

Facebook’s owner, Meta, did not comment on Dr Forrest’s case but said it was “committed to keeping those people [scammers] off our platform”.

Dr Forrest said he had also written an open letter to Facebook boss Mark Zuckerberg in November 2019, urging him to take more action.

“I’m concerned about innocent Australians being scammed through clickbait advertising on social media,” Dr Forrest said in a statement on Thursday, Feb. 3.

“I’m acting here for Australians, but this is happening all over the world.”

The case will be heard in the Magistrates Court of Western Australia from 28 March. If it is successful, Facebook could face fines or be forced to change its advertising.

Dr Forrest has also filed a civil lawsuit in the US state of California, where Facebook is headquartered.

In that lawsuit he alleges that Facebook “knowingly profits from this cycle of illegal ads”, The Australian newspaper reported.

One victim in Australia had lost $670,000 because of a fake endorsement featuring Dr Forrest, the newspaper said, citing court documents.

In a statement to the media, the social media company said that scam ads violated its policies.

“We take a multifaceted approach to stop these ads, we work not just to detect and reject the ads themselves but also block advertisers from our services and, in some cases, take court action to enforce our policies,” a Meta representative said.

“Better late than never” – Blogger, Tosin Silverdam jubilates as he buys his first car at 31 (photos)