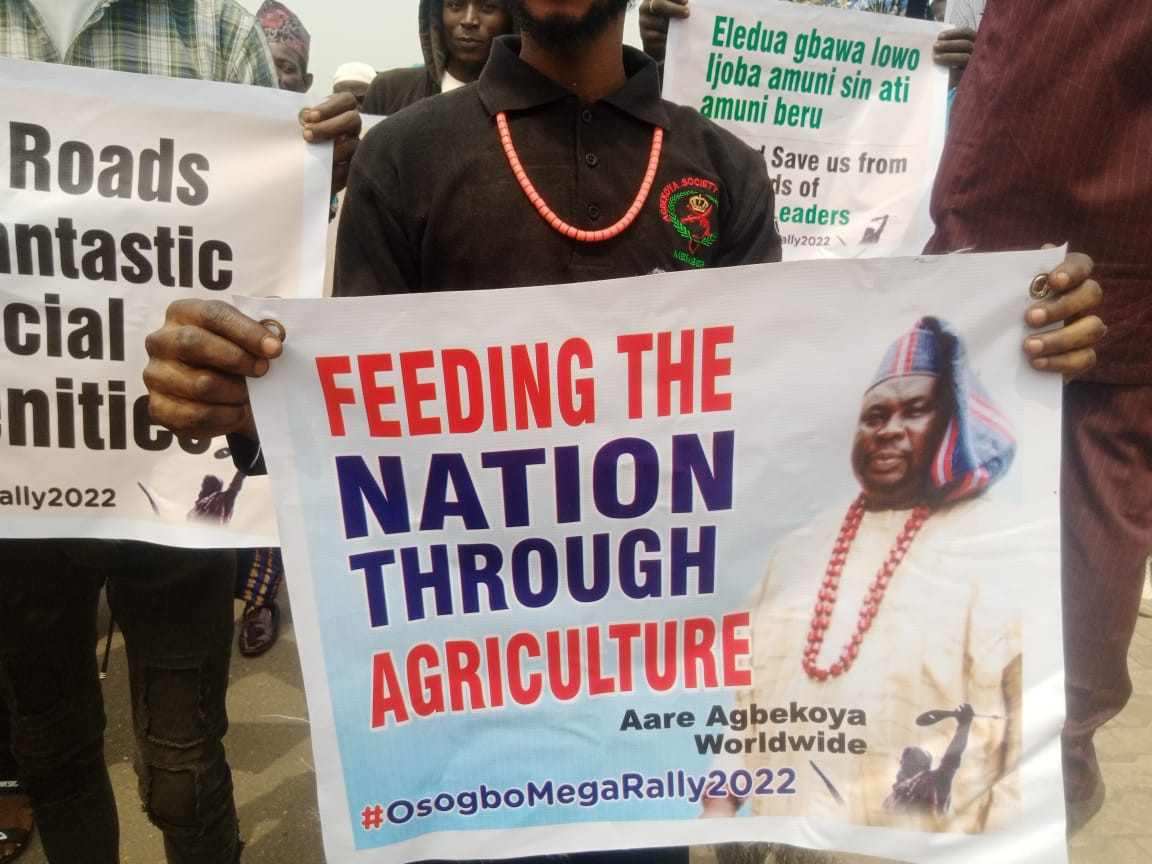 While staging a protest in Osogbo capital of Osun State on Thursday February 3, the group said they would use their mystical powers to free Igboho.

Speaking on behalf of the group, the association’s president, Chief Kamorudeen Okikiola, argued that Igboho is not a criminal but a freedom fighter.

“Sunday Igboho is not a criminal and we know he is being held illegally, Benin Republic Government has stopped taking him to court. Hence, we demand that he should be released through legal means. If they refuse, we will use our magical power to get him out of the prison.

I repeat, we Agbekoya, will get him out of Benin Republic detention and bring him back home”he said

He decried the spate of insecurity across the country, warning of the grave consequences of politicians taking the masses for granted.

The protesters converged on Olaitan from where they moved through Odi-Olowo, Asubiaro, Isale-Osun, Idi-Omo to Ataoja of Osobo Oba Jimoh Olaonipekun’s palace where they submitted a letter to the royal father on their demands from the President.