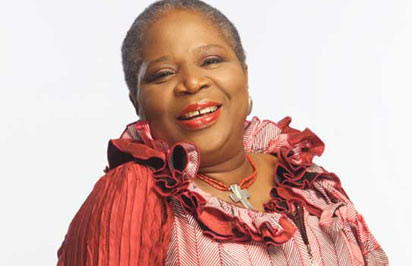 Veteran entertainer, Onyeka Onwenu, who recently turned 70 years old, has opened up about her crashed marriage.

In an interview with media personality, Kikelomo Atanda-Owo, Ms. Onwenu who is popularly referred to as the Elegant Stallion, revealed that her ex-husband never paid for their children’s school fees from kindergarten up to master’s level. She mentioned that any man who fails to fulfill his responsibility as a father will answer to God.

Ms Onwenu stated that though she didn’t want her marriage to crash, however, the union could have killed her if she had stayed. She added that it wasn’t good for her children to live in an environment where their mother was depressed.

“I really didn’t want my marriage to end, but I couldn’t take it anymore. It could have killed me, I always say and that’s the truth.

And it was not good for the children to live in that kind of environment where the mother is depressed, the mother is carrying the weight of the whole family. I raised my children from kindergarten to Masters Degree.

My husband did not pay school fees for one day. Didn’t buy clothes, didn’t pay for holidays, didn’t give me housekeeping money. Hard to believe huh? But he was a kind, nice and generous man. He was also generous occasionally, he would do something for you that would make you go, ‘Wow!’

And I would like to say this to Nigerians, any man who has children, has a family and decides not to take care of them, you will have to answer to God. That’s mean, irresponsible, wicked, even to your own children. Forget about the wife.

I decided to write about it because women, we keep quiet for too long, we take so much and you’re dying.”she said