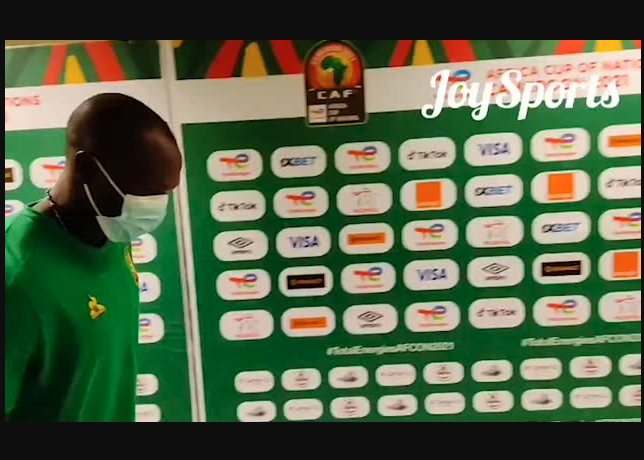 The Al Nassr striker was part of the losing side of the second Africa Cup of Nations semi-final as Cameroon were defeated 3-1 on penalties by Egypt.

Aboubakar played the full 90 mins and was the only Cameroon player to score from their four penalties in the shootout as the host nation missed out on progressing to the finals.

Before the game, the striker fired shots at Liverpool star, Salah, claiming that the Egyptian ‘doesn’t impress’ him and does not produce much during games.

In an interview with Then24, Aboubakar said: ‘He doesn’t impress me much. I say it clearly because I’m an honest person and I have my way of seeing things.

‘If he impressed me, I would say so. But he doesn’t impress me much.

‘He’s a good player, he scores a lot but he doesn’t produce a lot of stuff in the game.

‘Of course, he’s doing good stuff in the Premier League because he’s been in a team that’s been there for years. He’s a good player but not at the level of some like (Kylian) Mbappe.’

After the game, Abubakar refused to speak to reporters waiting after the game in the mixed zone,  walking past them and dragging his suitcase alongside him.

??Vincent Aboubakar won’t speak to any journalist in the mixed zone of course!#AFCON2021 #TeamCameroon pic.twitter.com/PlakdVPqQB