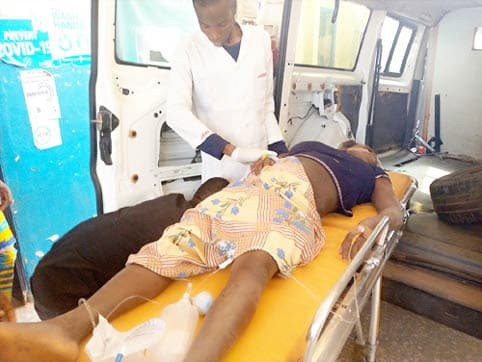 A tragic incident occurred at a poultry farm on Anguwar Street in Abaji Area Council of the FCT as four members of a family were found dead at the facility.

Daily Trust reported that the security guard at the poultry identified as Dominic Peter Adegeze, his daughters, Victoria and Judith, and his one-month old son, Peter, were found dead, and the wife, Laraba, was taken to the University of Abuja Teaching Hospital (UATH), Gwagwalada, unconscious.

A staff of the poultry said the incident happened on Thursday morning, February 3. The eyewitness revealed that another staff who went to feed some cattle inside the poultry farm found the main gate under lock and key, and saw the guard and his family members gasping and foaming from their mouths after scaling the fence.

Spokesperson of the FCT police command, DSP Adeh Josephine confirmed the incident and further revealed that the police is investigating.

US court postpones sentencing of Hushpuppi