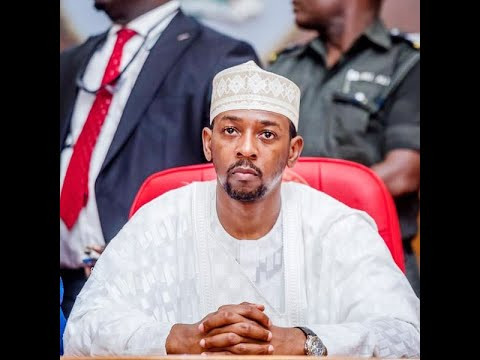 Lawmakers in the Zamfara State House of Assembly have begun the process to impeach the Deputy Governor of the state, Mr Mahdi Gusau.

Channels Television reported that the process was initiated after the assembly’s leadership received a notice of impeachment of the deputy governor.

Deputy Speaker of the Assembly, Musa Bawa submitted the documents to the Speaker, Nasiru Mu’azu, on Friday February 4 at the Assembly Complex in Gusau.

Members of the Assembly are reportedly accusing the deputy governor of breach of the constitution, abuse of office, and financial fraud.

During his presentation of the impeachment, Bawa said;

“I am presenting these documents to the speaker, Right Honourable Nasiru Mua’zu Magarya for the impeachment of the deputy governor of Zamfara State.”

On his own part,  Mu’azu promised to study them after which the content would be made public. He gave the assurance that the documents would be treated in accordance with the provisions of the Nigerian Constitution.

“You are here in my office, Deputy Speaker and Chairman, House Committee on Public Account, and you have forwarded to me, the notice of impeachment of the deputy governor of Zamfara State, Barrister Mahdi Aliyu Gusau.

“I receive it and I am assuring you that I will treat it according to the provision of the Constitution of Federal Republic of Nigeria, 1999, as amended.”

Zamfara State Governor, Bello Matawalle who decamped to the All Progressives Congress has been at loggerheads with his Deputy who refused to dump the Peoples Democratic Party since the switch.

Gusau who pledged his loyalty to the PDP,  hinged his decision on counsel from his family and associates.

Photos from the opening ceremony of 2022 Beijing Winter Olympics