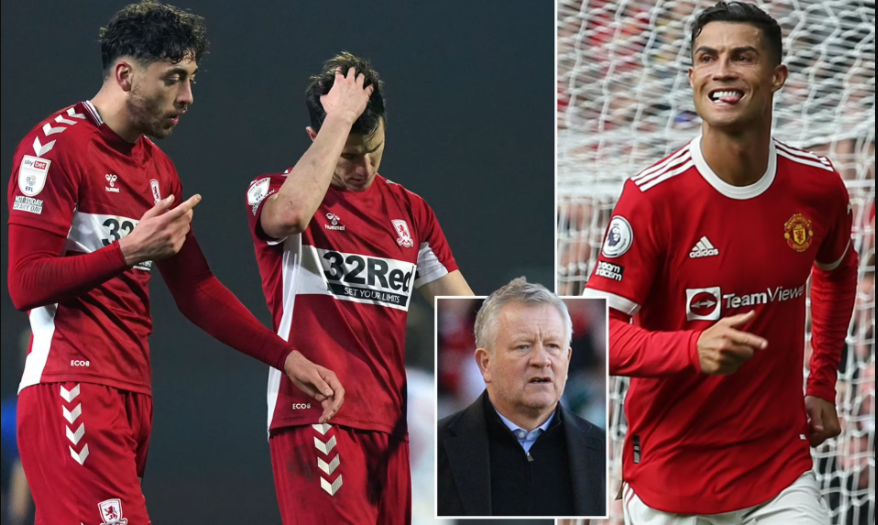 Middlesbrough manager, Chris Wilder has banned his players from swapping shirts on the pitch with Manchester United stars on Friday night, February 4.

United return to action on Friday and kick off the weekend of cup action looking to avoid an upset against Boro.

And the former Sheffield United boss has urged his squad to be competitive against Ralf Rangnick’s side.

“They’ve got some fabulous individuals and they can hurt you – but hurt three-quarters of the Premier League, if not more, and in Europe as well. They have a huge array of talent to choose from,” he said before the game.

“Their team sheet will come in the dressing room and it’ll be De Gea, Varane, Harry Maguire… let’s not crumble in that process!

“But it’s not a sightseeing tour from our players, it’s not a shirt-swapping situation. I don’t want people to go into Old Trafford and enjoy the visit. If they want a shirt, do it in the changing rooms after. We don’t want to be looking at them all fuzzy-eyed. They are up against a competitor.

“I want the players to play well, I want us to give a good account of ourselves and make it really competitive, make it a dangerous night for Manchester United – and if we play well, I believe we can do.

“If we don’t, then it will be a comfortable night for Manchester United and nobody wants that, me included.

“Motivation levels are big. Playing in front of 75,000 is something they want. We want to go to Old Trafford on a regular basis in the seasons to come.

“We need a structure and a shape so we are not picked off by world-class players but we will have an opportunity to play and we won’t be sitting on the crossbar for 95 minutes.

“We have to be ambitious and aggressive when we have a chance to cause them problems.”

Transgender woman, 23, is executed by her brother in ‘honour killing’ in Iraqi Kurdistan