A little boy’s adult-themed 8th birthday party elicited varying reactions after a video from the party was shared online — quite a number of people after seeing the video have called for parents to allow kids be kids.

In the video that’s gone viral on social media, it’s discovered that a couple threw their 8-year-old son a party in a party bus which has a stripper pole.

They made provisions of bottles of non-alcoholic wine so the little lads can “pop bottles” — it’s reported that cocktails were also made available at the party. 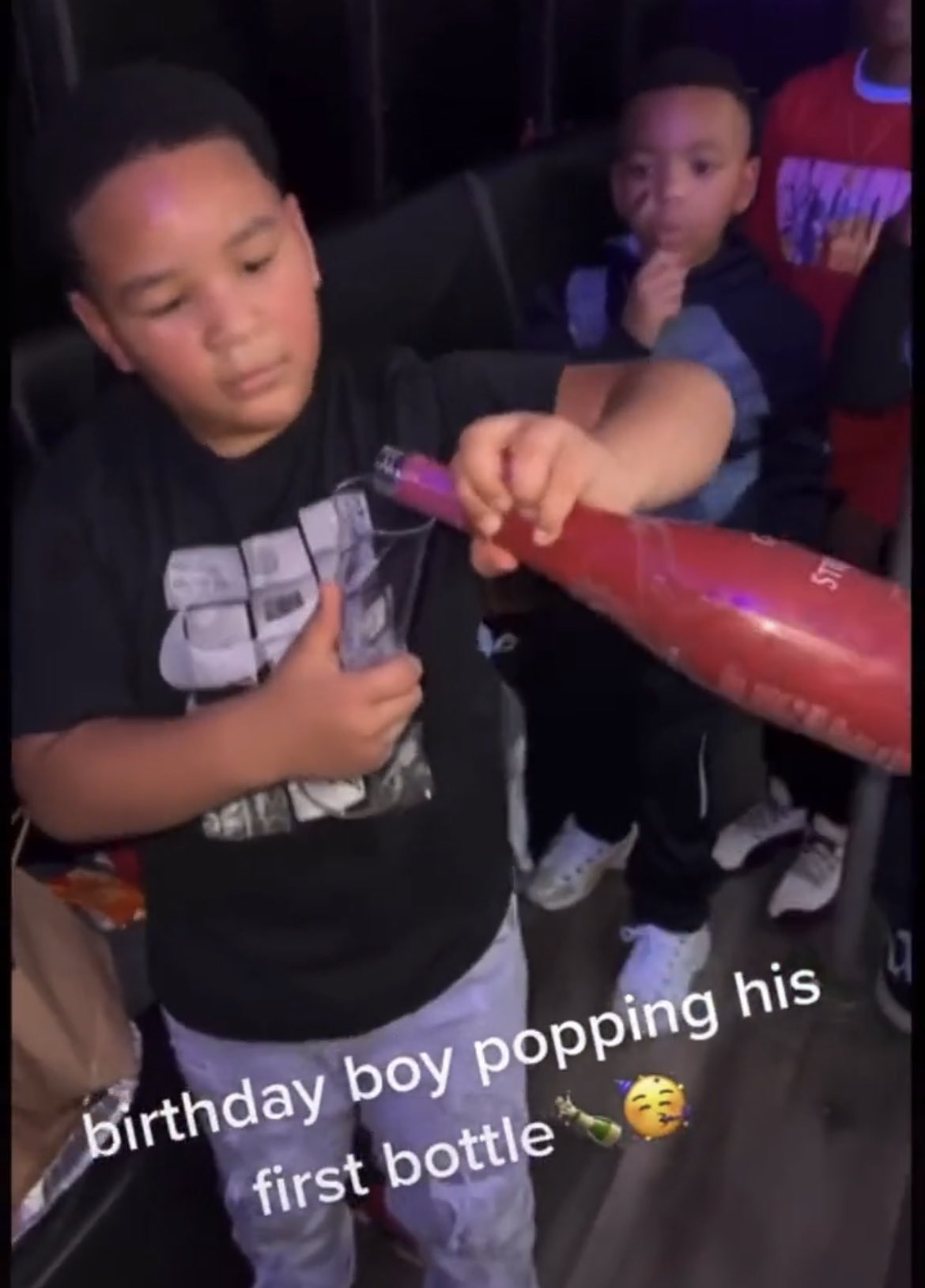 In the video, the little men also had money to spray at the party as they danced around the pole — after seeing the video, a number of people have lambasted the parents for throwing such an adult-themed party for children.

However, some people supported the parents, saying there’s no harm in a little fun and for a very long time, kids have always tried emulating adults.

Read some reactions and watch a video from the party as you scroll, 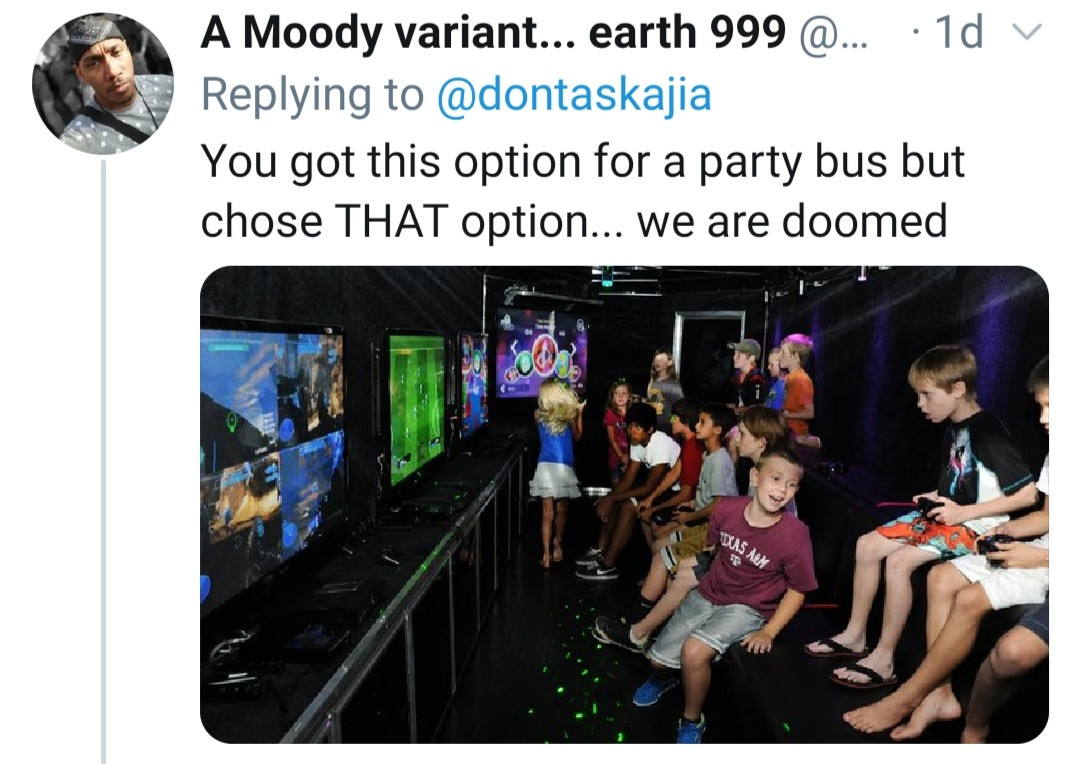 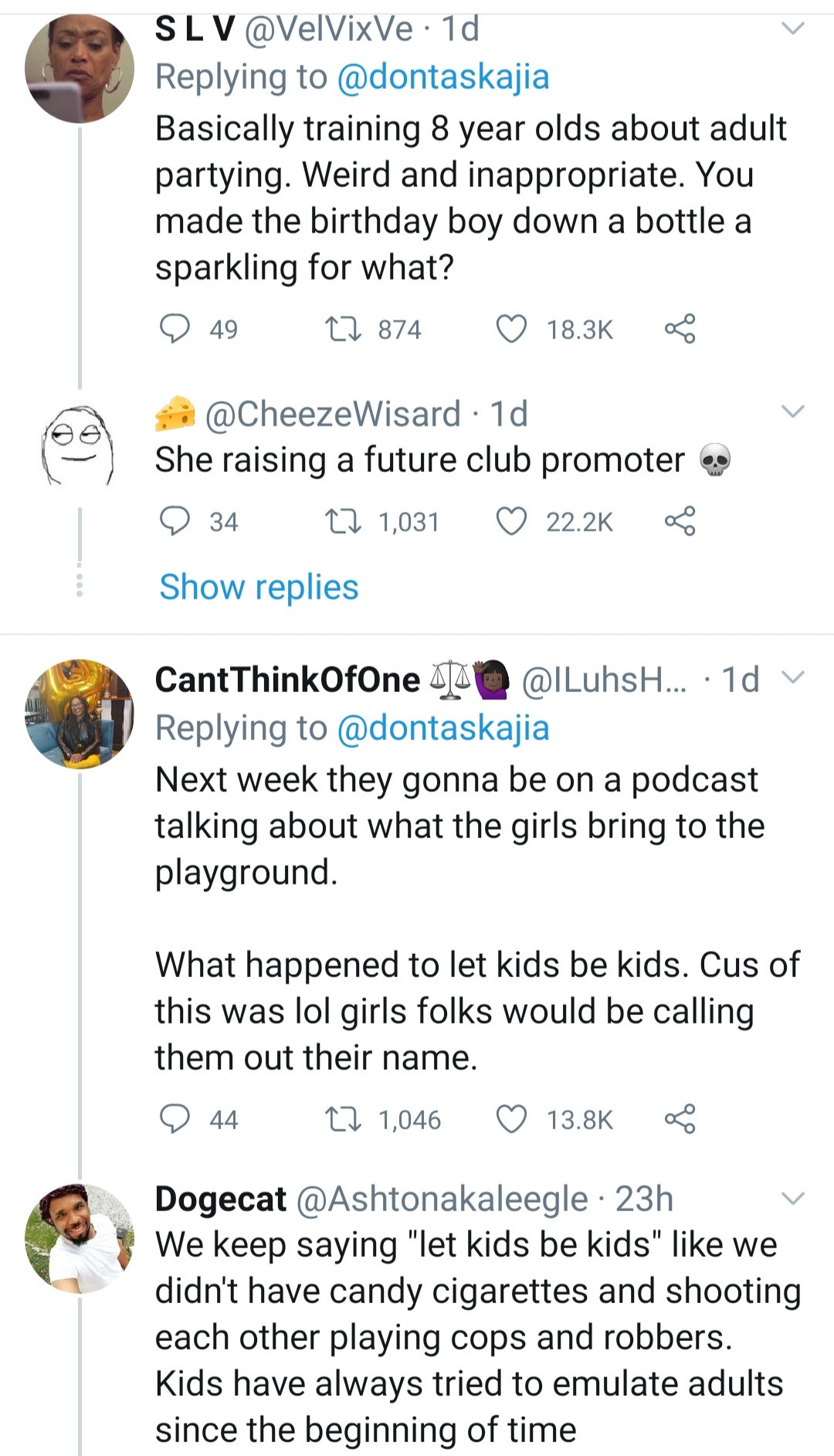 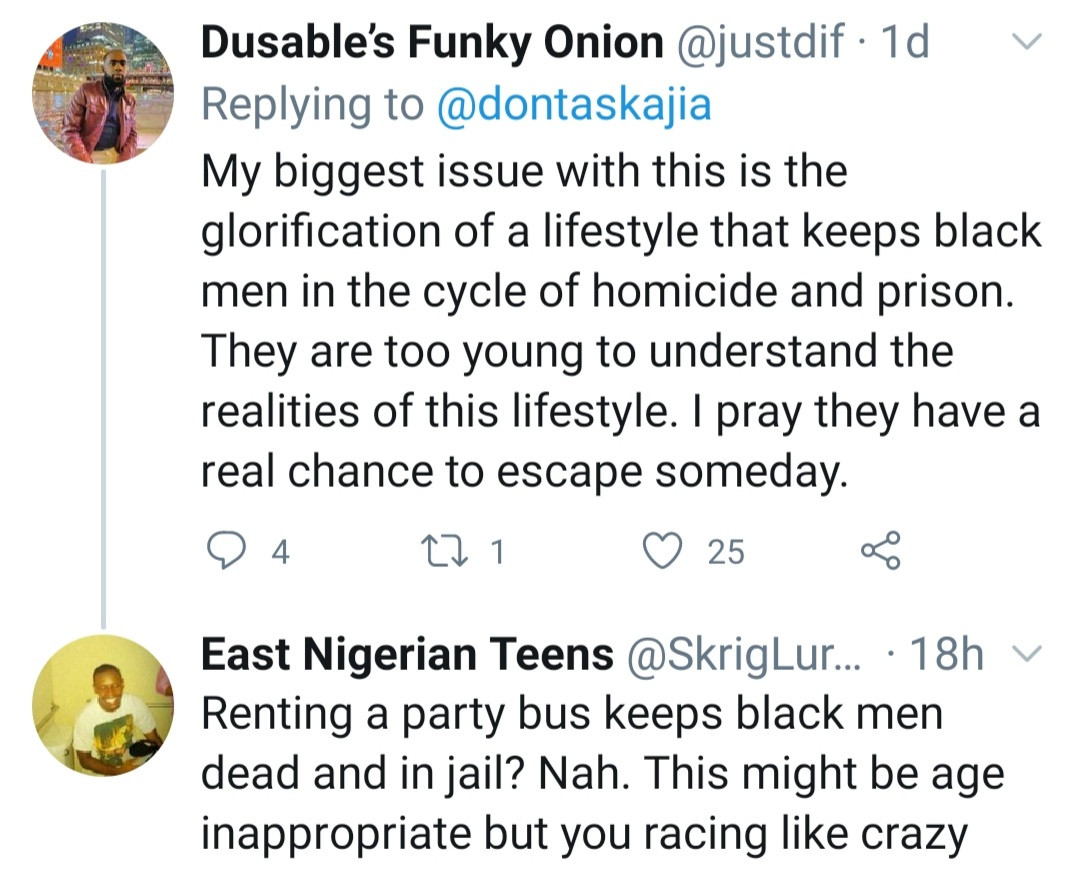 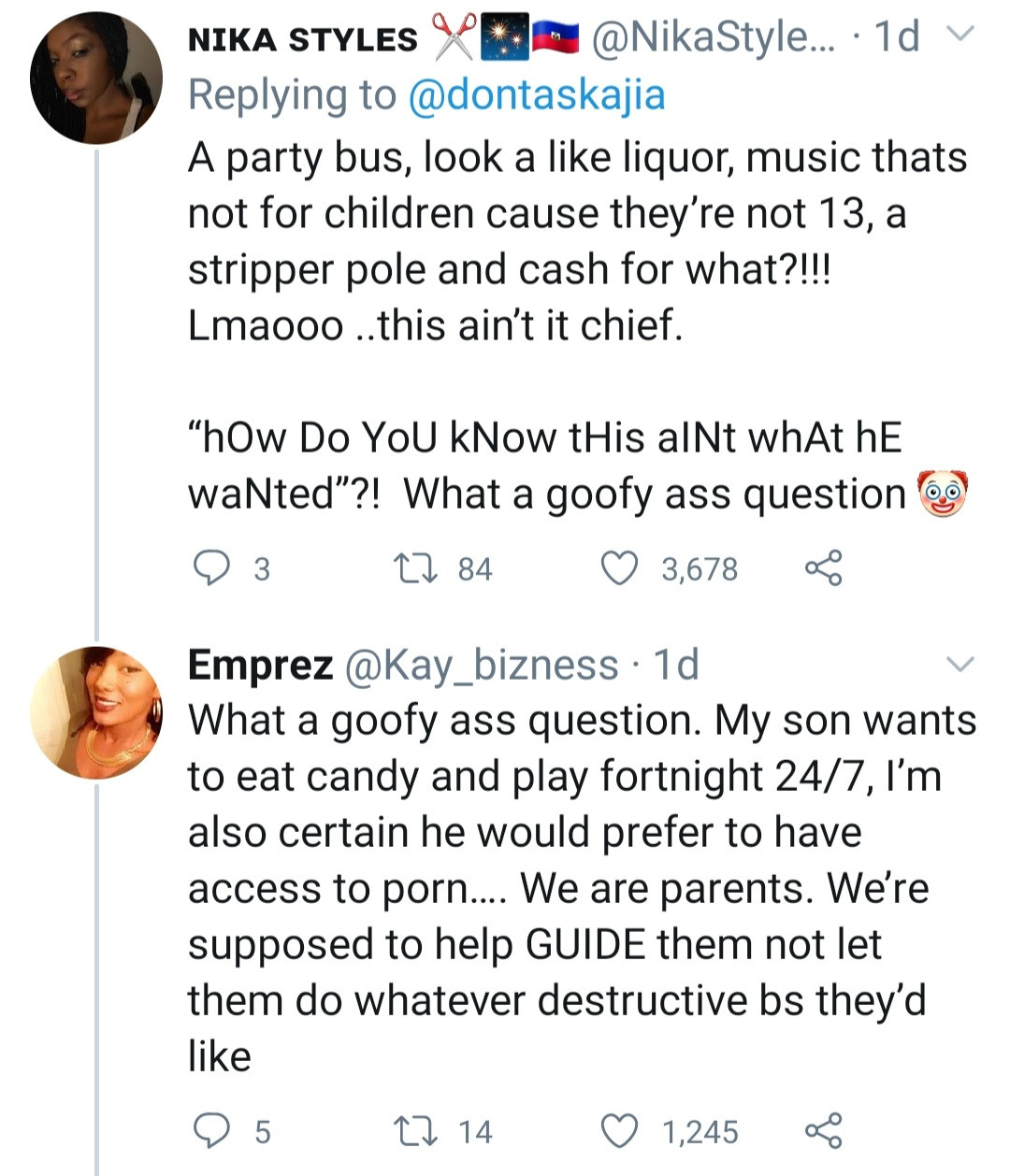 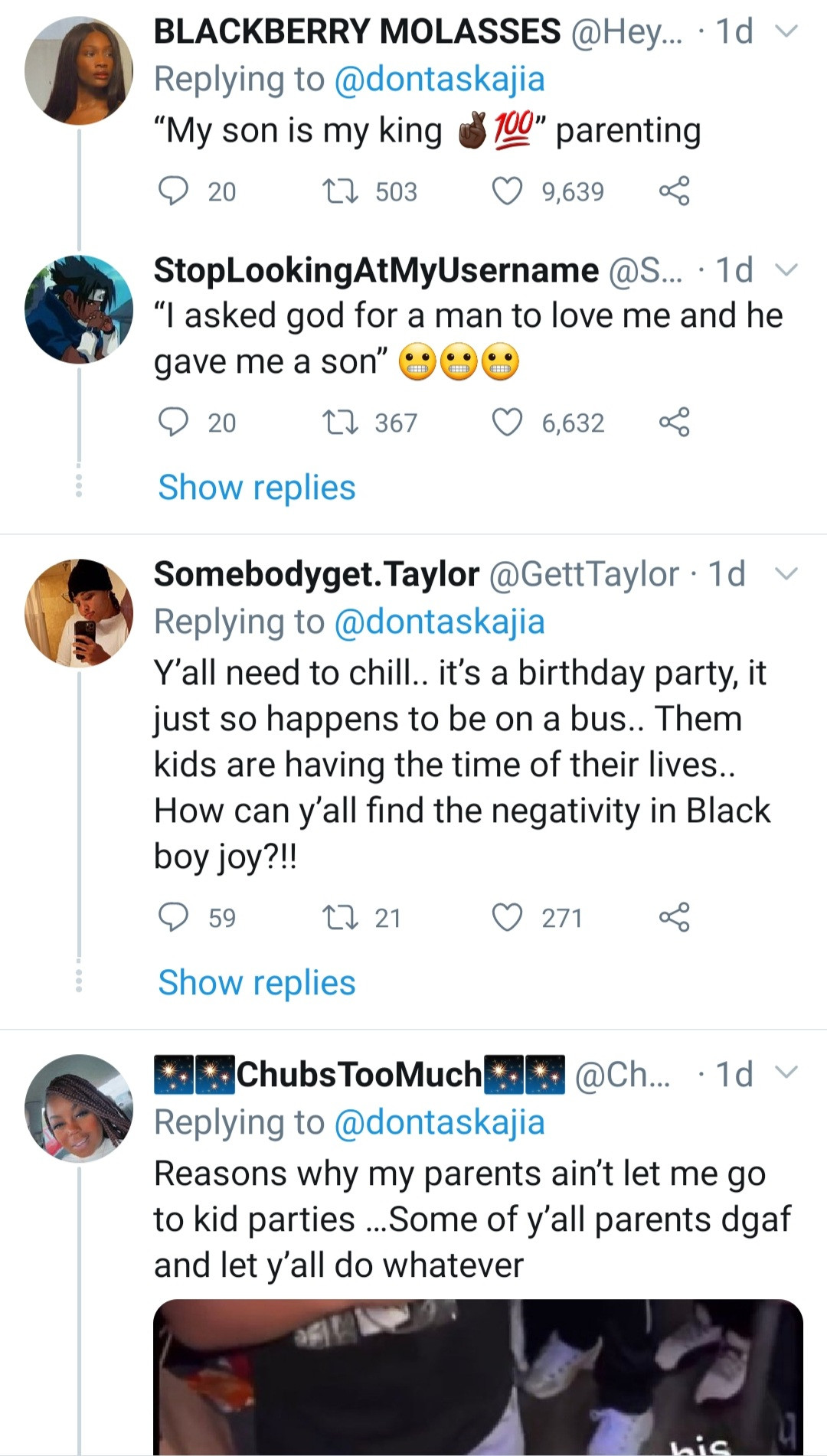 In other news, Nigerians reacted to a viral photo of a mother and her two kids waiting at a bus-stop very early in the morning in Lagos.

Sharing a photo of a mum with her two kids at a bus stop at around 5.30am, Twitter user, @MichaeLAisabok1 wrote;

”It’s 5:30am and this little kids Don start their day also. Tell me how dem no go dey Jonce for inside classroom. Let Kids be kids.”

Twitter users have reacted to his post. While some frowned at it, others pointed out that different factors could have forced the mum to prepare her kids for school that early.

“I urge Nigerians to bear with the CBN” – Peter Obi

“We are our own problem” – Reality TV star, Venita Akpofure laments

“Igbo men are the sexiest of all Nigerian men” – Bolu Okupe

Mixed reactions as 8-year-old gets adult-themed party complete with stripper pole, bottles of non-alcoholic wine, and money to spray