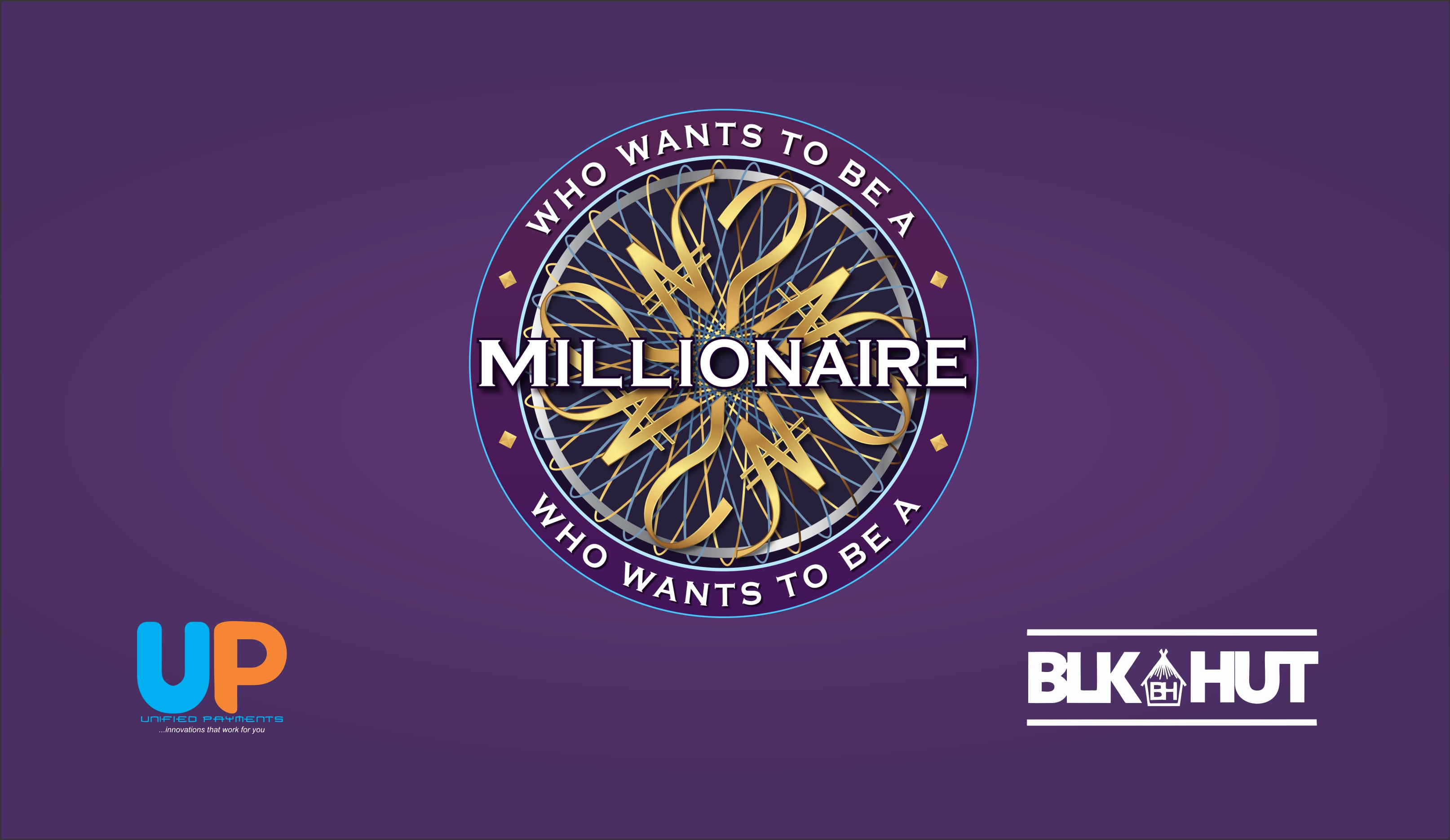 Who Wants to Be a Millionaire? Series 2

The anticipation for Who Wants to Be a Millionaire? Series 2 -The Rebirth will soon be a reality as a special event to unveil the Sponsor and Host for the highly acclaimed TV Game Show is set to hold on Sunday, February 6, 2022, at the Federal Palace Hotel, Lagos.

The Sponsor and Host reveal event is organized by UP, Nigeria’s premier Payments & Financial Technology Company and Leaders in Digital Payments Innovation, in collaboration with BLK Hut Media, the show’s producers in Nigeria under the License of Sony Pictures.

According to the Managing Director of UP, Agada Apochi, the essence of the event is to formally present the new sponsors and the host for the show to the stakeholders and public.

Mr. Apochi assured that the show was returning with a bang and that the audience should get ready to be thrilled with new elements of suspense, education, excitement, and entertainment.

“We are sponsoring Who Wants to Be a Millionaire? to entertain, educate and excite Nigerians. The return of WWTBAM is coming with a bang that would create lasting memories in the audience’s minds. It is going to keep them on the edge of their seats as new millionaires emerge from the show,” he said.

He stated that the sponsors are proud and delighted to sponsor such creative and educative content as the Who Wants to Be a Millionaire? TV Game Show for the viewing pleasure of Nigerians.

Also speaking, Hakeem Condotti CEO, BLK HUT said “As a company, BLK Hut desires to continuously deliver creative, intelligent and professional content to the market for the people and partner brands; and in the production of a brand with Who Wants To Be A Millionaire’s stature, we are able to show our range and capacity to this effect. With lead sponsorship by UP, we are proud to bring international quality content right to our screens again in Nigeria, be it on TV, Digital, Cable, or Mobile. As part of the much-needed Covid relief that we all need as a nation, Who Wants To Be A Millionaire? Series 2 – The Rebirth is here to entertain, educate and have viewers on the edge of their seats.”

An adaptation of the British version of Who Wants to Be a Millionaire? The Nigerian version was first aired on October 8, 2004, and stopped temporarily on June 25, 2017.

Over the years, the show has recorded exciting moments, with Aroma Ufodike winning the highest prize money of N10 million. Other past winners of the show include Osazuwa Osahon Daniels – N5 million (2009), Babatunde Oni Oladipo – N5 million (2010), and Nnaemeka Ubaekwena – N5 million (2012).

“My heart bleeds as I mourn with you”