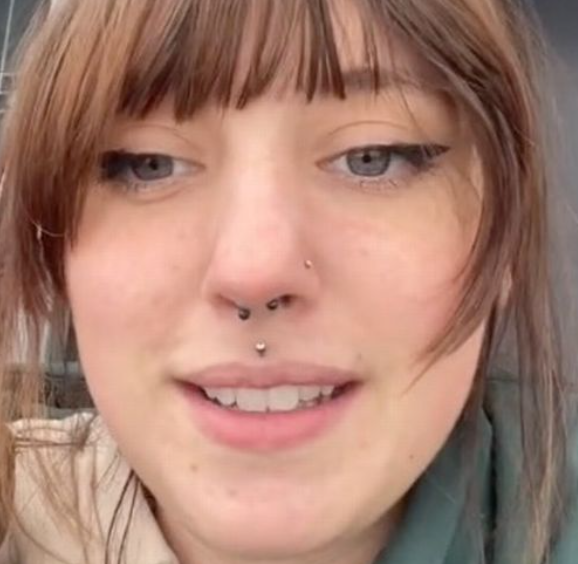 A woman was shocked when she found out she had teeth and hair growing in her uterus for two years.

Page Davenport, from US, first noticed she had unnusual pain in her abdomen last week and also “abnormal bleeding that wasn’t consistent with her period”.

She assumed she might have fallen pregnant and did several tests but they came back negative.

She later took to TikTok after getting some tests done to reveal the clinical results from the doctors.

She said she was given an ultrasound scan so the expert could get a view of what could be causing the pain and what was discovered shocked her.

“It’s not a baby, it’s actually something way worse than a baby,” she explains.

“She put the probe inside my vagina and moved to the uterus – and I see something in there.

“I’m like ‘Ooooh!’ but she said it’s not a baby. At this point I am convinced that I’m having cancer.

“And when my doctors comes into the room and tells me the result, she looks me in the eyes and tells me that I have a 7cm chicken egg-sized cyst called dermoid cyst.

“Actually I have two, the other one is the size of a pea.”

She said she Googled it online and found out it’s a cyst that “grows hair and teeth”. It is caused from particles from foetal tissue being separated during the development of a foetus.

“So for two years now I’ve had particles of my son that I gave birth to growing in my uterus with teeth and hair,” Page added. “Basically just pieces of my son carrying with me.”

Many viewers were shocked and asked if the gynaecologist will remove the cysts.

Page answered to some of the questions and said she will have a surgery to have it removed since it’s causing her pain.