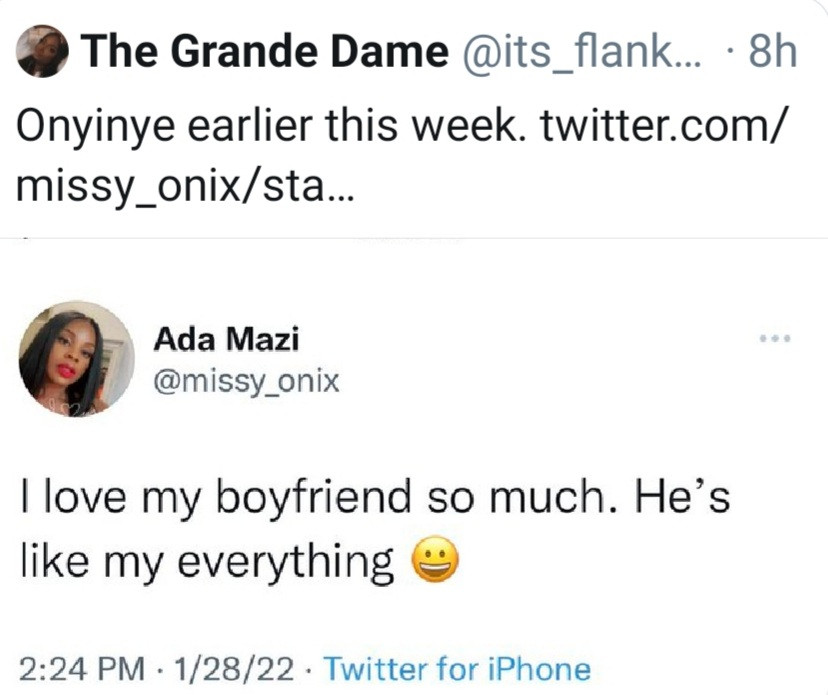 A Twitter user revealed that she asked a man she fancies out and she shared a screenshot of their chat.

She explained that she likes the guy, then asked Twitter users if men like women who are forward.

She later decided to send him a message speaking her mind. He responded, letting her know that the feeling is mutual.

Her revelation surprised Twitter users as they questioned if she doesn’t have a man.

Someone dug out a tweet she posted last week declaring her love for her boyfriend.

Another told her that they thought she was “nearly married”.

She responded: ” Nearly cannot kill a bird. I’m not married but since my boyfriend is acting stupid yeah.”

In an update, she revealed that she’s planning a date with the new man.

Why price of cooking gas has crashed – NURC