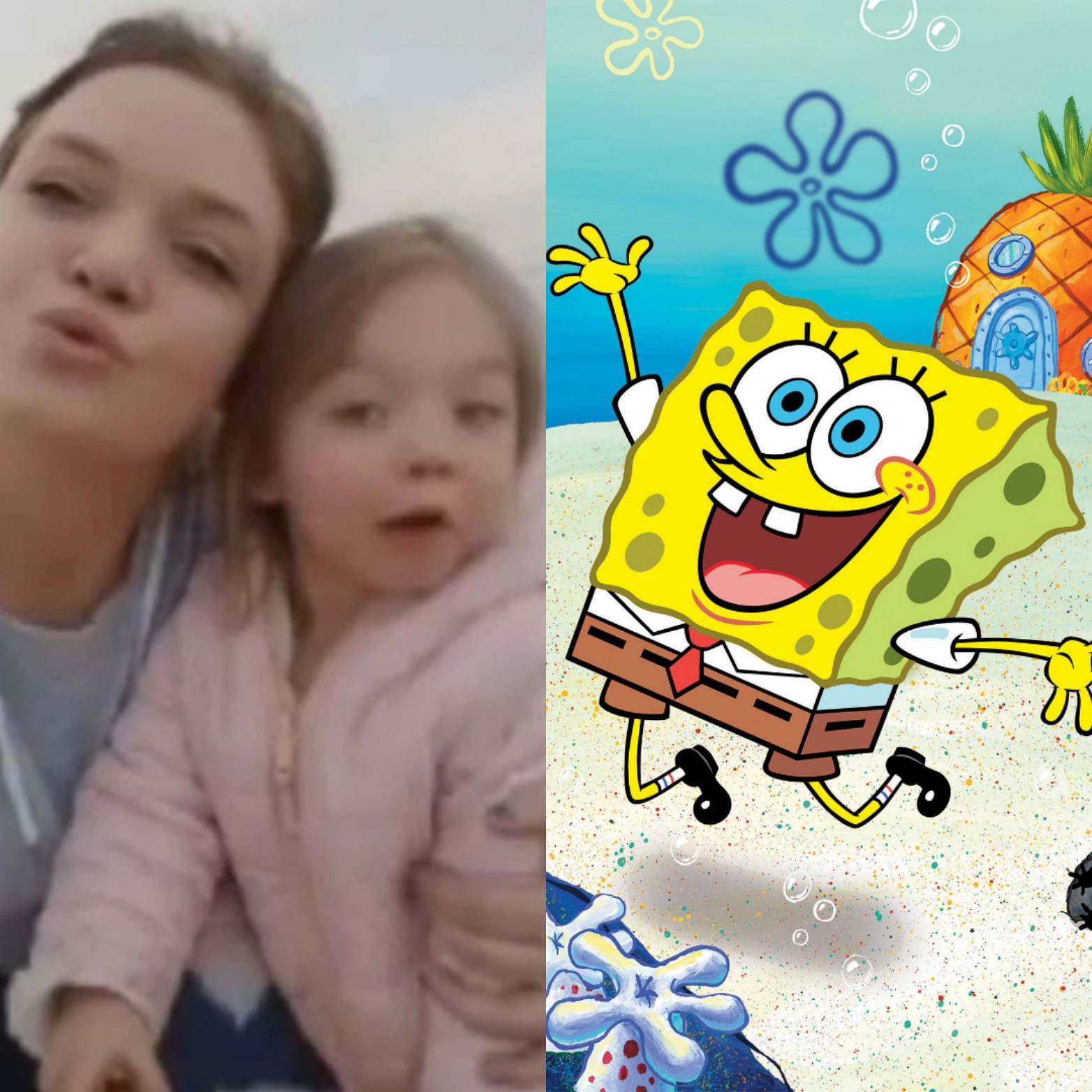 A mother, whose 3-year-old daughter was found dead in a trash bag in Michigan, told investigators that Spongebob ordered her to kill the child or she would face death herself.

Justine Johnson, 22, allegedly stabbed 3-year-old Sutton Mosser multiple times on Sept. 16, 2021, two days after the child’s third birthday, before stuffing her body into a black trash bag after she was hallucinating due to weeks of heroin withdrawal and lack of sleep.

The mother has been charged with felony murder and first-degree child abuse.

During a preliminary hearing on Friday, Feb. 4, Ryan Eberline, an investigator with Child Protective Services, testified that on the day Sutton was killed, Johnson said she had left her mother’s Oscoda Township house where she was living and passed out in a graveyard. She said she then returned to her mother’s house and attempted to kill herself before she killed her daughter.

Eberline said: “She told me that she didn’t remember the specifics of what happened at the time of what happened to Sutton, that she was experiencing hallucinations due to heroin withdrawal and not sleeping for approximately two weeks.

“She was getting hallucinations from the TV that had instructed her to take her daughter’s life or they would kill her.

“It was SpongeBob who was saying these things on the TV. If she didn’t do what she did to her daughter they would kill her. She said she was afraid for her life and she had lost her mind.”

Johnson sobbed as she was led into the courtroom in shackles, and cried throughout the hearing, MLive reported.

Knesley Johnson said that he had left for work on Sept. 16 around 2:30 p.m., adding there was nothing unusual about his sister or his niece when he’d gone. When he returned from work on Sept. 17 around 3:30 a.m., he asked his brother where their sister and Sutton were.

When the brother, 17, went to the back of the home to look for them, he said he saw a human child’s foot sticking out of a bag, Knesley Johnson testified.

Knesley Johnson said that he had left for work on Sept. 16 around 2:30 p.m., adding there was nothing unusual about his sister or his niece when he’d gone. When he returned from work on Sept. 17 around 3:30 a.m., he asked his brother where their sister and Sutton were.

When the brother, 17, went to the back of the home to look for them, he said he saw a human child’s foot sticking out of a bag, Knesley Johnson testified.

The brother, who was not named due to his age, also testified on Friday. He said he ran into his sister in the bathroom at 6 a.m. on Sept. 16, where he said it looked as if Johnson had been “doing lines” of cocaine, but he was not sure.

The teen said he asked his sister where Sutton was.

“She said, ‘Mind your own F***ing business.’ But that’s like her normal response,” he said, MLive reported.

Shortly after the encounter, the brother said Justine Johnson exited the house to approach a red vehicle that had stopped at a store across the street. He said she returned home shortly after before going out again. He went to the beach and returned home around 10 p.m., at which time he said nobody was home.

The 17-year-old described the moment he found Sutton’s body in a bag.

“There was like a foot sticking out of the bag,” he said. “I ran up and told Knesley, ‘There’s a foot in a bag.’ He didn’t believe me. He thought I was joking.”

The brothers looked at the bag then called their uncle, he said.

Oscoda Township Police Officer Gerald Soboleski responded to the residence in the early morning hours of Sept. 17 after the brothers reported finding the foot.

“Knesley started telling me about how he came home from work on this day and looked throughout the house for his sister and niece and was unable to locate them,” the officer testified Friday.  “At that point, he said, ‘And then we found this,’ referring to what we later found was the human foot.”

Soboleski said he went to a back room of the house, where he found a blue tote bag with two garbage bags stacked on top with a foot exposed.

“I felt the bottom of the child’s foot. It was cold to the touch, and EMS was called to the scene,” he said.

He then called detectives from the department and a medical examiner to respond.

Three knives were also found in a bedroom, Hill said.

Sutton’s body was wrapped in a comforter inside of the back, along with a pair of jeans that tested positive for blood. Hill testified that it was most likely that Sutton was killed inside of the home.

Prosecutors asked Judge Christopher Martin to move Johnson’s case over to Circuit Court for trial. The request was granted and a pre-trial hearing was scheduled for 9:30 a.m. on Feb.28. He ordered Johnson remain in jail without bond.

‘Growing up was not easy, my father had to pay for money he never stole’ Actress Destiny Etiko spills