A 26-year-old man has killed the mother of his child before killing himself at an apartment complex in Brown Deer, Wisconsin.

The incident occurred on Saturday morning, Feb 5, and it was gathered that police rushed to the scene after receiving distress calls about gunshots fired in Park Plaza apartment.

According to reports, the suspect, who is now deceased, shot and killed his babymama over a disagreement, then killed a 31-year-old man who tried to help his baby mama when he attacked her, and shot another 36-year-old man who fortunately survived the gunshot wound. 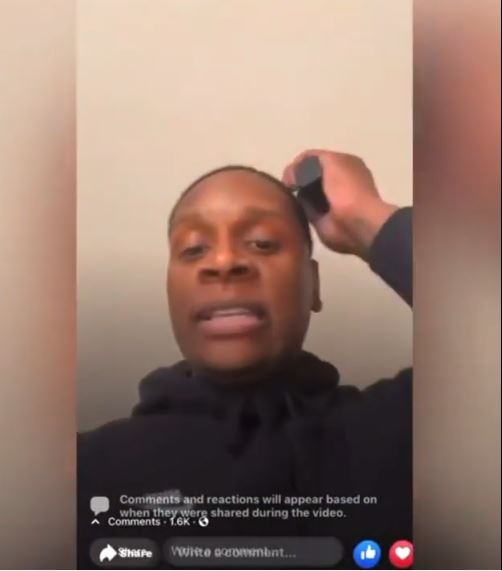 When police arrived at the scene, the shooter engaged in a shootout with police officers and livestreamed it on his Facebook page.

Towards the end of the video, the man could be heard saying his last prayers as he told God that he has failed him and everyone else.

He also told his listeners that he wants his child to stay with his maternal grandparents because they are good people.

Speaking further, he asked a friend who is owing him to give the money to his baby mama’s parents so they can use it to take care of his child. He reportedly shot himself after ending the Facebook live.

Meanwhile, what led to the disagreement between him and his baby mama before the murder-suicide occurred is still unknown.

Watch videos from the livestream below,

Sierra Leone Police releases photos of people wanted for participating in violent protest last week and late Nigerian rapper, Dagrin is one of them