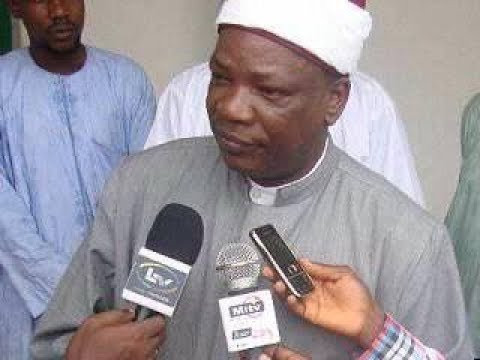 The incident occurred during the Nikkah ceremony of the daughter of former Chief Justice of Nigeria (CJN), Alfa Belgore.

Daily Trust reported that Habeeb who dressed to the occasion in a white Agbada and green cap had barely started the sermon when he collapsed.

An  eyewitness, who gave his name as Yinusa, said the whole scenario lasted for about two hours after the cleric arrived at the event.

“He was rushed to UITH on Thursday and it was later discovered that he suffered a stroke. He is at the Stroke Unit of the UITH.”

A member of the Mufti’s cabinet who preferred not to be named said;

“Baba (Sheikh Habeeb) is getting better and very soon, you will see him back on stage.

“Nobody is free from such a test no matter how highly placed his position and status is in society.”