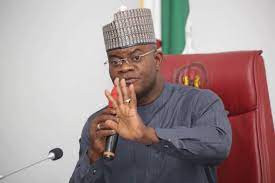 2023: North-Central is more deserving of the presidency than Southeast

Kogi State Governor Yahaya Bello on Tuesday said the North-Central region is more deserving of the Presidency in 2023 than the South-East region.

The governor said this while speaking to state house correspondents after visiting President Buhari today February 15.

The Governor averred that the North-Central has been the most marginalized since 1960 when the country attained its independence.