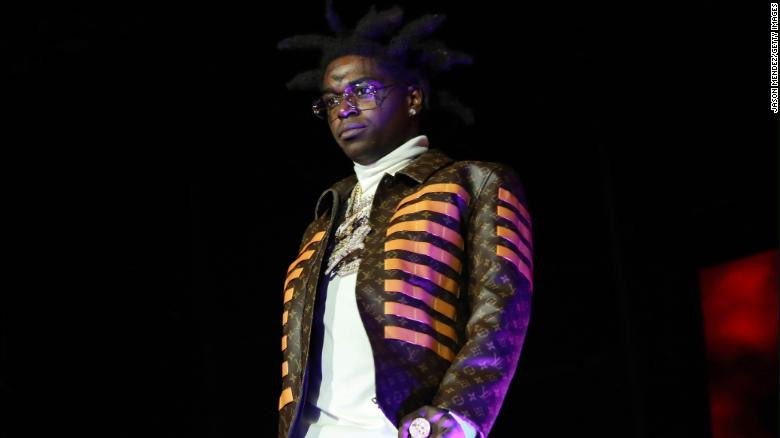 American rapper, Kodak Black has been spotted leaving a hospital where he received medical treatment after being shot days ago.

Kodak Black was among four people shot early Saturday outside a restaurant in Los Angeles. Though it was not immediately clear what sparked the fight outside the club, an LAPD spokesman said the victims were shot when they emerged from the building.

Bradford Cohen, an attorney for Kodak Black, told NBC News Monday the shooting starting with an “unprovoked attack” on an individual Kodak was with. When the rapper and security came to that person’s aid, “several shots were fired at them by an unidentified assailant.”

Kodak was struck in the leg and is in stable condition, expected to make a full recovery, Cohen said.

In a video obtained by TMZ days after the shooting, the rapper was seen leaving the hospital while using a walker.

Kodak who left Cedars-Sinai in Los Angeles on Monday afternoon, had a ton of bodyguards around him as he climbed into the back of a black SUV.

Crossdresser James Brown shares photos as he vacations in London