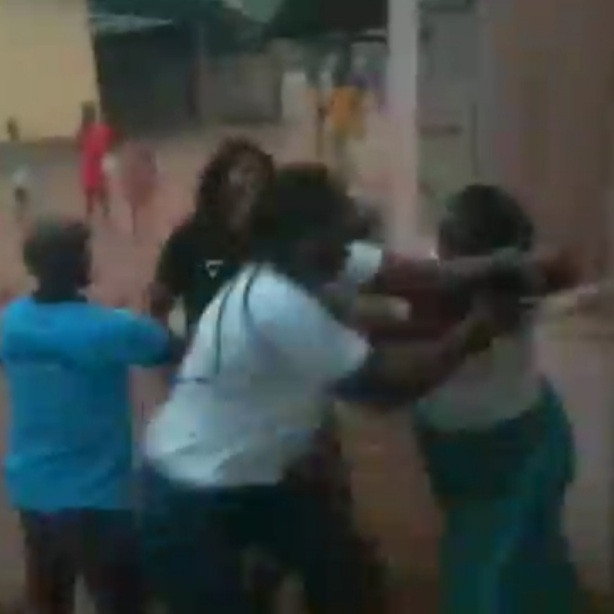 A soldier has been accused of physically assaulting a grandmother.

A video shared with LIB shows the soldier verbally assaulting an elderly grandmother and telling her she will die that day.

The verbal assault soon turns physical as the soldier charges at the older woman.

The soldier is said to have boasted that nothing can be done to her.

The son-in-law of the elderly woman told LIB that the woman is currently receiving treatment for her injuries.